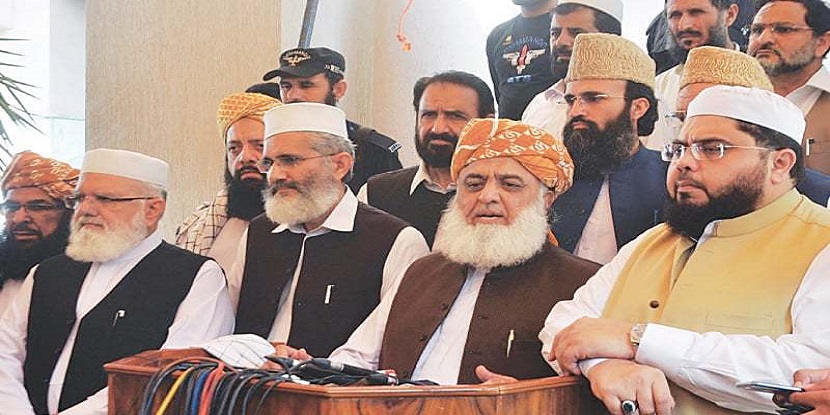 Pakistan is perhaps is the only country in the world that could never see political stability since its establishment in 1947. In the beginning, there was only one prominent party and that was the Muslim league which later scattered with different names. The role of religious political parties, Jamat e Islami in the history of Pakistan cannot be expunged. This party was founded before 1947 in Pathankot India.

In Pakistan, Maulana Maududi who headed this religious political party made his headquarters in Mansoora, Lahore. Jamat e Islami was very popular among the people of Pakistan, especially the religious-minded educated people who inclined to Deoband school of thought.

Later, another Islamic political party appeared on the scene with the name of Pakistani Awami Tehreek, headed by the renowned scholar doctor Muhammad Tahir Qadri. The entry of this party was like a revolutionary party.

The charisma and Dr. Tahir Qadri’s speech style became a great benefit which made it popular, especially among the people who come by the Brelavi school of thought. This party arranged a big gathering for many days in the blue area the heart of Islamabad against the PP government but all proved to be fruitless. Later, in the era of PML(N), Pakistan Awami Tehreek joined hands with PTI and arranged a “Dharna” which also ended with no results.

Today, unfortunately, the popularity of all above mentioned political parties has been lost for different painful reasons and in the national scenes, only three parties, PPP, PML(N) and PTI at the national level seem to be active. No political-religious party is in the present political scenario with majority.