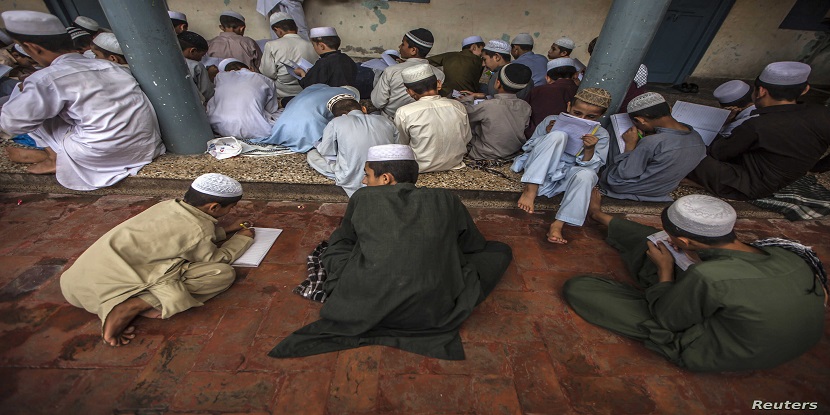 The guidance of human beings is through religion. Prophets were sent to guide the whole world. Those who understood the message of God through their prophets by means of holy books remained successful. By successful, it means the person who not only achieves the goals, but also accompanied a lot of other people with him to the right action of life.

The problem arises when people do not understand the real message of religion. The message of all religions is speaking the truth, respect all, earn honestly, do not cheat the others, love the country and serve it and consider all human being a fraternity and behave as such. This is a simple message with no confusion.

In Pakistan, unfortunately, religion has not been understood in its real spirit and that is the reason, the religion which is meant to resolve the issues of human beings is creating problems in the country by those who are by themselves, religious leaders.

Today, in religious education, more than 90 percent of students come from poor families who narrate the religion in such a way that they may arrange bread and butter for them. Moreover, there are very rare opportunities for employment for the students qualified in religious institutions. Here the problem arises in two ways; one, their educational tenure full of sectarian thoughts and 2nd, unemployment.

Sectarian thoughts did not allow them to study true spirit and unemployment forced them to earn livelihood goes by genuine or inferior way. By inferior means, they tell their followers the solution to the problems that their followers expect. Keeping aside the rarity.

If the attitude of the people in society is observed in general, the bitter fact will come out that the majority follows the religion in the very limited spectrum and this is the fruits of religion that whole Pakistani society is famous for being narrowly minded all over the world.

This is the tragedy that the whole society is called the religious society on one side. And on the other side, these people are regarded as narrow minded people. It is required that educated people should come ahead and save society from being divided. This could be done if all people are asked to read and understand the Quran and books of sunnah themselves.