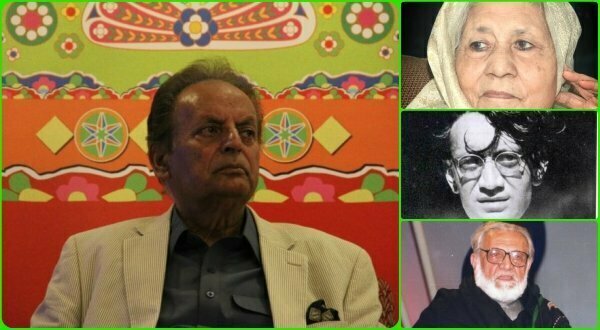 Pakistan has a national language Urdu that is highly rich and we are blessed with so many renowned literary people who have amused us, made us think, and enlightened us with their highly rich thoughts. The country has a number of praiseworthy writers who have a great contribution to Pakistani Urdu literature. Moreover, people of the country are also fond of reading novels in the Urdu language. Many of the Urdu novels of renowned writers are dramatized and made films on the country. Some of the renowned Pakistani Urdu novelists are as follows:

Bano Qudsia was born on 28th November 1928. Besides being among the famous Pakistani Urdu novelists, she was a playwright and spiritualist. She had an exceptional contribution to Urdu literature. She produced many novels, short stories, and drama plays. Her major work that is worth praising is Raja Gidh and her play Adhi Baat is another remarkable work that is called “classic play”. Also, she has a contribution to the Punjabi language. She was the wife of renowned writer Ashfaq Ahmed, and both jointly inscribed their names on the Pakistani Urdu literature history. On 4th February 2007, she died.

Ashfaq Ahmed was born on 22nd August 1925, the husband of Bano Qudsia. He was an extraordinarily influential writer. He wrote many books in the Urdu language. He wrote several novels, plays short stories, he was also the broadcaster from Pakistan. He worked for television and radio as well. He received the President’s “Pride of Performance” and Sitara-i-Imtiaz.

Hashim Nadeem was born on 3rd February 1976. He is one of the most renowned Pakistani Urdu novelists and also a poet, a fiction writer and a drama writer, he is also a Film director and a producer. He was awarded “Tamgha-e-Husn-e-karkardagi” by the Pakistani Government, he recently awarded by “poona festival award”.

Ahmed Nadeem Qasmi was born on 20th November 1916. He was an Urdu journalist, poet, literary critic, short story author, and dramatist. He wrote 50 books on many different topics through which he made a great contribution to contemporary Urdu literature. His poetry distinguishes by its humanism, his short stories (Afsaney) are also remarkable that until the 21st century, people like to read them. He also had been the editor and publisher of the literary magazine “Funoon” almost for half a century. He received “Pride of Performance” in 1968 and Sitara-e-Imtiaz” in 1980 for his outstanding literary work.