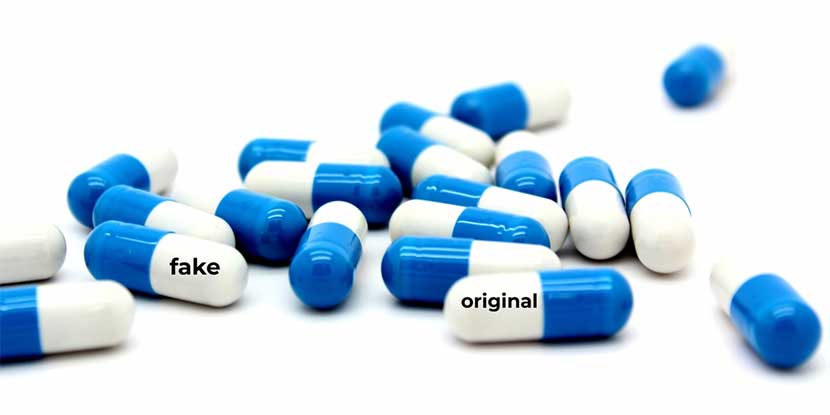 Pakistan is on the 13th number in the production of spurious and substandard medicines which is endangering millions of innocent lives, particularly in rural and town of the country. This illegitimate and lucrative business of Pakistan selling counterfeit drugs exceeds 30-40 percent of the whole production of medicines in the country.

Substandard medicines continue to sell openly throughout the country. These medicines are risking the well-being of the patients instead of curing them. People are suffering from cancer and other fatal diseases because of the usage of poor quality medicines. Unfortunately, such unregulated medicines are being sold alongside normal medicines, therefore they go unnoticed and people continue to buy them like normal medicine. Not only poor and illiterate people of rural areas are the affectees of this menace, but they also have infiltrated the urban city markets and private hospitals. They reach unchecked to rather more than half of the population of the country including educated people. This grave state of affairs requires proper regulation and government’s crackdown on the production houses of these substandard drugs.

It was observed that patients of high blood pressure using such counterfeit quality medicines are suffering from cancer. But still, no serious action has been taken till now. Criminals are roaming freely out there and no one is raising questions. They make fake drugs with the illegal import of raw materials in their unregistered production places and there are no ways to check their poor manufacturing and quality-control practices.

According to a report, inspectors and many other law enforcement officers were also involved in the business of substandard drugs. In one instance it was found out that in the province of Punjab, there were 64 inspectors of police out of total 121 who have been involved in the trade of falsified and poor quality drugs. These inspectors used to get bribed from pharmaceutical companies and the owners of medical stores. They used to collect samples of counterfeit quality medicines from stores and sell them to other pharmacies instead of sending them to Drug Regulatory Authority for analysis. Due to these kinds of poor practices and corruption in the country, fake medicines are being sold openly.

Every year around 0.7 million people die due to substandard drugs. Consider the case of one of the most commonly prescribed drugs in Pakistan; Paracetamol. It is prescribed to almost people of all ages and usually prescribed to children and is commonly used for headaches. It was the victim of the substandard drug production menace in the country. Augmentin is yet another highly prescribed antibiotic drug for the treatment of many bacterial infections. It is used for toothaches and is the preference of most of the people. It also was the victim of fake medicine production. Such mass used medicines fell prey to the substandard medicine production business and are easily available in all pharmacies at inexpensive prices.

Every type of fake drug is being sold in Pakistan. Doctors themselves are involved in such illegal work. Such types of doctors are mostly quacks and they have easy access to fake drugs.

Sometimes, some of the highly qualified doctors are also found to be involved in this immoral and unethical business. They make a deal with some pharmaceutical companies to prescribe their medicine and that medicine is available in their specific pharmacies. In this way, the business of these substandard medicines makers flourishes.

In one instance one of the quacks, when got arrested, was asked that from where does he get the packing material and all the raw materials to make it look the same as standard drugs. He simply replied that everything is easily available in the black market. He further added that they make sub-standard medicines according to the need of the market. Whichever medicine’s demand is high, they start making it meet the demand.

All these issues and the risk of Pakistan selling counterfeit drugs to the public health are known to the national and provincial Ministry of Health authorities and yet no action is taken to crack down on this widespread public health issue. People continue to die and there is no hope for them.