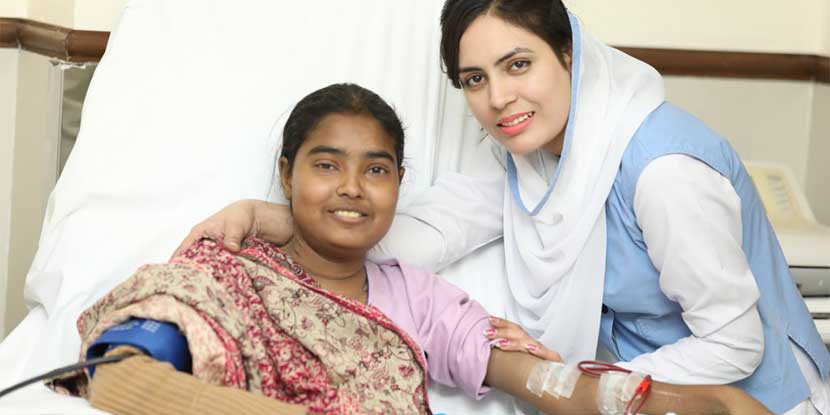 We are living in an era where every other person needs a doctor. Some need physicians, some need psychiatrists, others need a dentist. Every one of them faces different experiences. These experiences are based on different strategies of doctors that how they deal with their patients. This dealing of doctors towards patients either builds a relationship and leaves a satisfied patient or displeases him.

According to the research, Pakistan is included in one of those countries where a patient is dealt brutally by doctors. This unethical behavior of doctors accounts for their rough behavior, illegal medicines, and high fee. Due to these highly unethical procedures of the interaction of doctors a patient gets mentally disturbed. This ultimately displeases the patient.

It is observed that some of the inefficient doctors usually inject the wrong injection. This leads the patient to death. This is an extremely serious case that is usually ignored by Pakistani authorities. Ponder over the case of a man who stayed in extreme pain after a major operation for many years. Doctors left the operating knife in his stomach while operating due to negligence. This carelessness could take the life of a man. But ironically, that man when operated again; he paid fee. This is high brutality.

Usually, patients do not become a satisfied patient due to the absence of doctors in hospitals. According to the interview from patients, they claimed that they wait for the doctor to take care of their medical needs. Rather students doing house-job, who are not experienced enough, deal with those patients. The inexperience does not allow patients to recover soon.

While some of the doctors are pricelessly humble. They deal with their patients as if they are family. Shifa international Islamabad, PIMS and Pakistan Ordinance Factory Hosptial Wah Cantt are observed having outstanding management and staff. The fee is nevertheless high for the poor but their treatment is highly appreciable. POF Hospital, Wah Cantt is the one where free treatment is given to the factory employees.

Patients get close to their doctors that they become family. They start inviting them in family functions, friend them on social media, and even exchange gifts.

“A good physician treats the disease, the great physician treats the patient who has the disease,” said Sir William Osler. Undoubtedly, a patient needs mental treatment more rather physical one. It produces quick results. It is observed doctors talk about patient family and their job. Pakistan has simple people. Patients openly share their stories with doctors. While doctors treat their patients with medicines and soft words.

We need to maintain a proper system in hospitals because ill management makes great damage. The doctor-patient relationship should be strong. A displeased patient can never be cured. Moreover, he gets mentally sick. That is how he gets one more disease. Higher authorities are responsible to ponder over such issues.