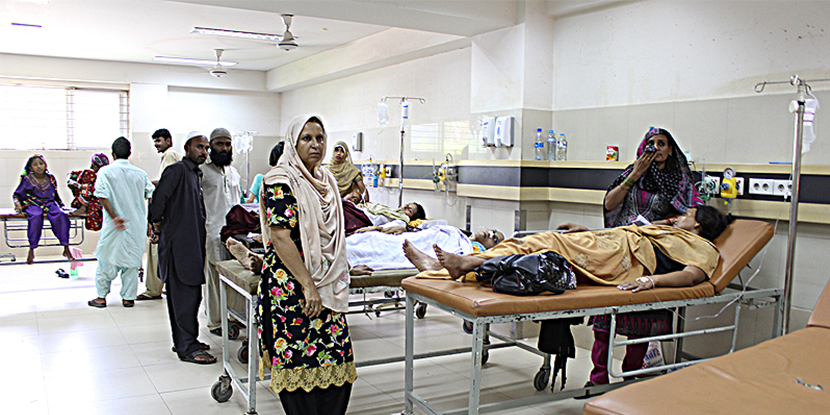 Every year 14,000 medical students graduate to become doctors in Pakistan. Out of the total, 40 percent go abroad for practice and find jobs overseas. With a lack of hospitals and doctors preferring to go abroad, patients are suffering from a lack of proper medical treatment and a lack of doctors.

More than half of the graduate doctors are females and about half of them do not even start practicing. They leave their profession and limit themselves to the duties of their homes. They get married and settle as housewives without entering into their profession. This means that the government’s money spent on them and the hard work they did to graduate gets wasted. This is the major cause of the shortage of doctors.

Most of the graduated doctors go abroad because Pakistan does not reward them according to their efforts and skills they gained during their study period. Therefore, they prefer to leave their country and look out for better practicing opportunities. Moreover, doctors are not given proper exposure and skills because the government does not care to make the healthcare system better.

On the other hand, there is a lack of medical colleges in the country which causes fewer students to get admission and more ambitious students do not even get enrolled. Thousands of students apply for admissions in medical colleges and only 10 percent get selected. Fewer students getting admission to medical schools means less doctors graduating. Out of the total doctors graduating, only 60 percent serve the country and that is the bottom line of the lack of specialist doctors.

Furthermore, the doctors serving patients are always over-loaded with work and, therefore, many patients are neglected from getting proper treatment. Unprofessionalism is yet another issue in doctors. They do not fulfill their duties and try to transfer their duties to junior newcomers and house job doctors.

Many of the doctors, as mentioned in the start, manage to go abroad and start their professional life there. Once a physician was interviewed who was serving in the New York American University Medical Center. She said that she was quite excited to work in a public hospital in her own country, but when she started working there, she had a very terrible experience due to which she left Pakistan.

Pakistan’s medical system is the main reason which causes a lack of specialist doctors. Doctors are wandering around in search of jobs but they get no opportunities to work in their own country. On the other hand, they easily get a job overseas which compels many of the doctors to go abroad and earn better. The upper class patients manage to go abroad for medical treatment, or pay heavily to private doctors in urban cities but lower and middle class suffers more. Lower class does not have resources to pay for better treatment. They end up going to whatever public hospital and small healthcare center are nearby. We need more hospitals and more doctors because this is a highly populated country and more doctors and more hospitals mean more medical facilities and a better healthcare system.