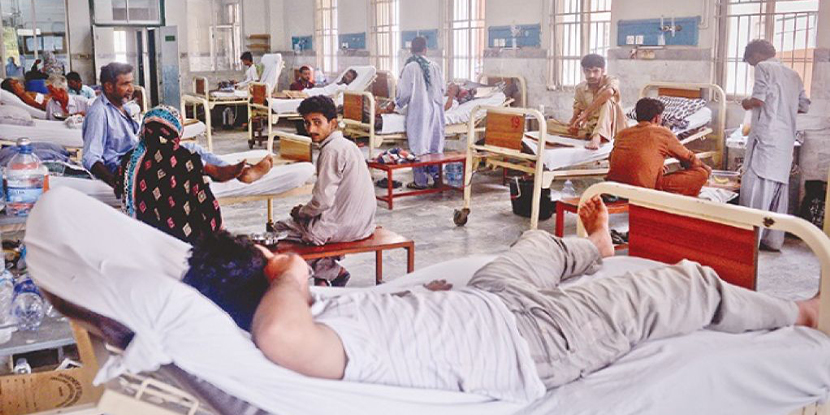 Basic Health Units and Rural Health centers the small hospitals to provide basic health facilities to the residents of rural areas of Pakistan. This is a bitter fact that most of these hospitals suffer from lack of doctors and the rural population is at the mercy of the paramedical staff and compounders of these centers. Enough doctors are posted here but they never visit them and these ghost doctors keep on enjoying their salaries and incentives.

Going into the depth of this dilemma, the entire blame cannot be directed towards the doctors for the absenteeism of doctors from these hospitals. The doctor’s point of view must also be considered, Recently, according to an incident. A doctor posted in the basic health unit of Hassanabdal, a tehsil of the Attock, the last district of Punjab on the border of KPK. The doctor complained strongly that he has to cross a small bridgeless river on foot daily while going to his place of duty. This is just a single case to highlight the issue.

We do not have proper roads or traffic system by which one can reach their duty place in rural areas easily. After tiresome medical studies for about five years and one more year overdoing the house job, a qualified doctor is asked to serve in an area where he never been to in his entire life. The areas lack basic facilities like clean water and proper food and adding insult to injury, the roads are either not present at all or badly damaged.

There are other reasons like political and ideological affiliations strongly attached to the doctors posting. They are then used by those political parties representatives in those areas who control the police stations and heath units. The opponent parties’ poor people are intimidated and doctors are asked to register fake cases of murder and assault. The police then apprehend them and put them behind bars. If the doctor refuses to do so, he is intimated and the threat of transfer and harm are made.

The third factor of absenteeism doctors is the unfolding of corruption within doctors themselves. Some doctors continue their practice in the cities without joining their place of duty at the rural areas and continuously receive the salaries. This is one of the worst types of corruption. This attitude is adopted based on some strong links in the healthcare departments, who turn a blind eye to the issue.

Looking into the issue carefully of the lack of doctors from Basic Health Units and Rural Health Centers, one can easily conclude the issue is due to the compromising entities in all the departments. No one is performing their duty as per rules; the bureaucracy is weak; the doctors are corrupt and the rural areas lack basic resources like proper transport systems and other basic facilities due to political failure.

The Federal and Provincial governments should address this important issue and come up with some reformative measures. Only if the District Health Officer is vigilant, the doctors follow medical ethics and the approach of all the stakeholders is to make the life better of the poor, things will start to improve quickly.