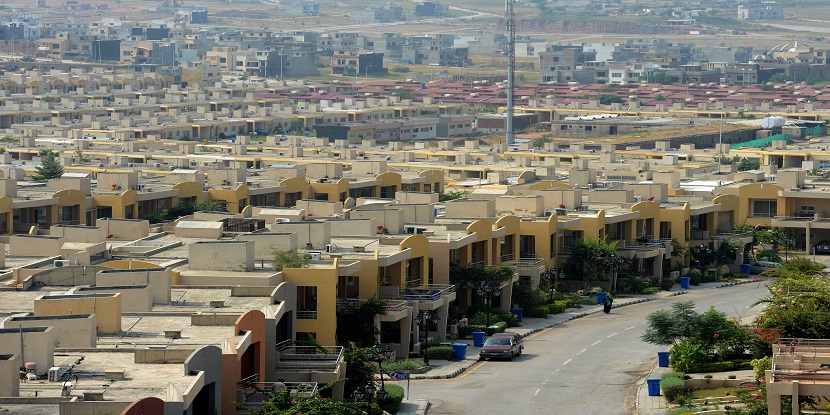 The industrial growth of Pakistan has never been desirable since the beginning. Pakistan is an agrarian country, about 70 percent of the population is directly or indirectly attached to the agriculture sector for different reasons, industrialization in Pakistan could not get the desirable pace.

Only a few cities like Karachi, Lahore, and Faisalabad have been the centers of medium and heavy industries. Cottage and small size industrial units have been concentrated in Gujranwala, Sialkot, Gujarat, and Wazirabad. The rest of the area of Pakistan has been generally deprived of the industrialization.

About half of the industrial units are either closed in these industrial zones or working under capacity. This situation shows that due to hidden or unknown reasons, industrialization in Pakistan has always been facing different kinds of problems.

In this situation, the capitalists found it comfortable to invest in the real estate sector. As a result, one can see the flood of housing schemes from Peshawar to Karachi. This is the safest investment but it has a lot of issues.

For example, in an industrial unit that costs rupees, a hundred million has the capacity to employ 500 people directly or indirectly other than the taxes which go to government treasury by this industrial unit. On the other hand, making a plaza or flats worth rupees 200 million will give the opportunity of employment to only a few people. Moreover, the ratio of taxes generated from his sector is lesser than that of the previous one. This is one side of the picture.

There is another dark side of housing colonies. The housing projects which carry a good reputation and buying or constructing the house there are safe, but there are a lot of housing schemes which are playing foul and millions of middle class or salaried people of Pakistan have been deprived of their saving in pretense to providing the place of their houses in different fake colonies.

This will be adding insult to injury that no strong and legal action has so far been taken against the undesirable factors of the society who are responsible for introducing and launching the fake housing colonies.

The government should also look at another damaging thing which is the cause of increasing colonies in Pakistan. Housing societies are being constructed on the areas which are specific for agriculture land and as such the agrarian and fertilizer land is decreasing, producing pollution in that area which is adversely affecting the remaining agriculture area.

Most of these housing schemes are saturated on the sides of GT road, resulting in overcrowding. It is required that the government should come forth with the strong industrial policy so as to encourage the investors to construct small, medium and heavy industrial units in motherland so that the flood if housing colonies may be stopped.