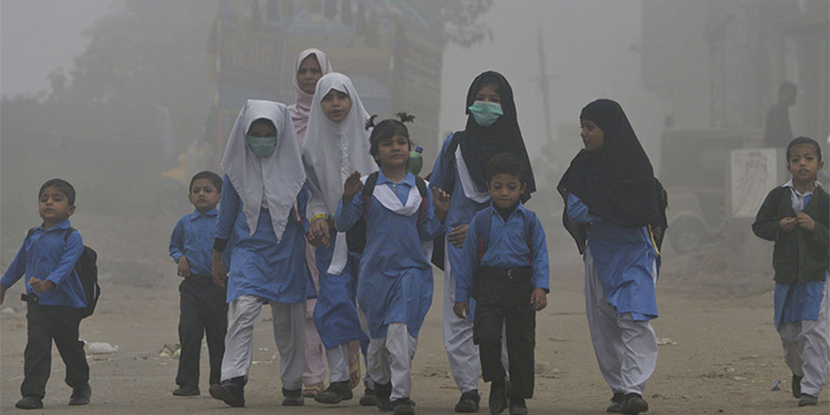 Heavy hazardous smog is linked to respiratory problems and many other diseases in Lahore that have reached an alarming level.

Air pollution is the main cause of lung cancer, asthma, and heart problems. Lahore is nowadays affected by heavy smog which is a high threat to people’s health. Many people have started complaining from respiratory diseases they got in the so-called smog season which is the winter season from October to February. Many are suffering from shortness of breath as the air is contaminated with harmful gases and chemicals that are causing serious harm to people.

Contaminated air when inhaled causes lung cancer and many other respiratory issues. It directly affects the blood in veins and arteries that damages the heart. This toxic air is seriously affecting children as they have no immune system. Elderly people are also getting affected due to weak immune system. That is why children and elders are suffering from diseases caused by contaminated smog. This silent killer cannot be completely avoided as smog grips the whole city. The dangerous smog is inhaled and infects the whole human body that is destroying the immune system.

The main reasons behind smog are the consumption of poor fuel quality in old vehicles, uncontrolled emissions from factories and crop burning. A doctor who was recently interviewed said that farmers should be stopped from putting more crops stubble and residue on fire and household garbage should be stopped from burning as such things are causing smog. Doctors have stated that hazardous smog is linked to the various respiratory diseases people are contracting and people should be wearing masks and glasses to avoid serious diseases and other respiratory problems.

Air pollution in Lahore is causing eye irritation and throat irritation. Skin diseases and pulmonary diseases are also caused due to smog. The stress on the lungs, damaging cells and loss of lung capacity are shortening the life span.

The government of Pakistan also banned the schools and colleges for a few weeks until smog shed away. Children were especially recommended to wear masks. Air pollution is vulnerable to children under 14 as growing children inhale more air than elders and consume more air per pound of body weight. Therefore, smog damages children’s growing body organs as well as their mental health. Pregnant women are also at high risk of developing various kinds of diseases due to dense contaminated air.

Pakistan needs to spend more money on upgrading the refineries, upgrade fuel quality, retire old vehicles and halt farmers from burning their crops. Unfortunately, Pakistan fails at both policy level and implementation level to empower the healthcare departments and public safety authorities to take care of the smog. Urgent steps should be taken to reduce the smog as it is affecting both all of us.