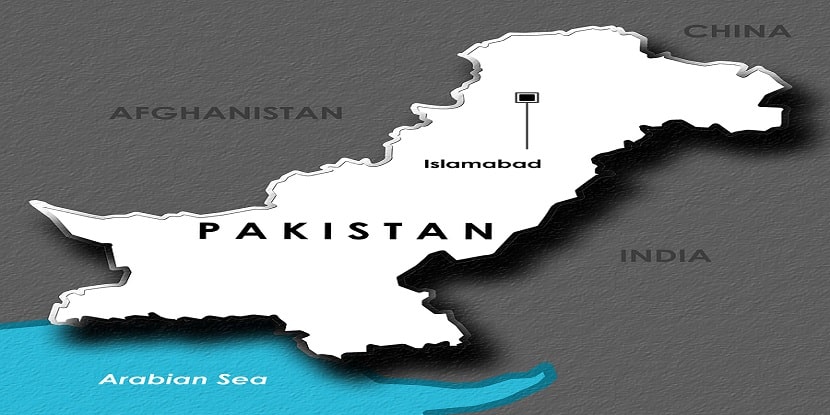 The geography of Pakistan consists of a combination of landscapes. There are plain deserts, plateaus, forests and, hills along with the coastal areas. Also, there are green mountains, dry mountains, waterfalls, land rich for cultivation. The country has Karakorum and Pamir mountain ranges in the northern and western highlands that include the world’s highest peaks i.e. K2 of 28,250 ft and 8,611 m, Nanga Parbat of 26.660 ft and 8,126 m. Indus River about 1,000 mile-long and its tributaries flow through the country from the Kashmir region to the Arabian Sea.

Border with Afghanistan meets at the Durand line of 2,430 km that runs from the Hindu Kush and the Pamir Mountains. There is a Wukhan Corridor that is extended between Tajikistan and Pakistan. Wukhan is the narrow strip of Afghanistan territory. The eastern tip of the Wukhan Corridor leads to the Sina-Pak border. It is between Pakistan, spanning about 510 km and the people’s republic of China. It starts from South East-eastward and ends near the Karakoram pass.

This line was resolute from 1961 to 1965 by the series of agreements between Pakistan and China. In the end, on 1963 3rd march, both of these governments of Beijing and Islamabad agreed. Now, if the dispute over Kashmir resolves, then the discussion of the border would again be considered.

The Hindu kush, the Himalayas and the Karakoram range are parts of Northern Highlands. This area has famous peaks like K2. Traveling through such areas highly difficult and extremely dangerous. That is why the government is trying to develop certain areas of trekking sites and tourist sites.

West of the Indus River and south of the northern highlands is the Safed Koh range along with the Sulaiman range and Afghanistan border and the Kirthar Range that defines the western extent of the province of Sindh and reach to the southern coast. Balochistan and Sindh’s north-south valleys have been restricted for the migration of people along with the Markham Coast on the Arabian Sea east towards the plains.

There are a number of passes that cut the ranges along the border with Afghanistan. Pakistan’s area has the potential for rigorous agriculture use with less than one-fifth area of the country. Unfortunately, the outputs of cultivation are low by the world standards although, approximately all of the arable land is actively cultivated.

The level of cultivation in the northern mountains, western plateaus, and the southern deserts is sparse. But, the Indus River basin in northern Sindh and Punjab has fertile soil which enables the country to feed the whole population under usual climate conditions.