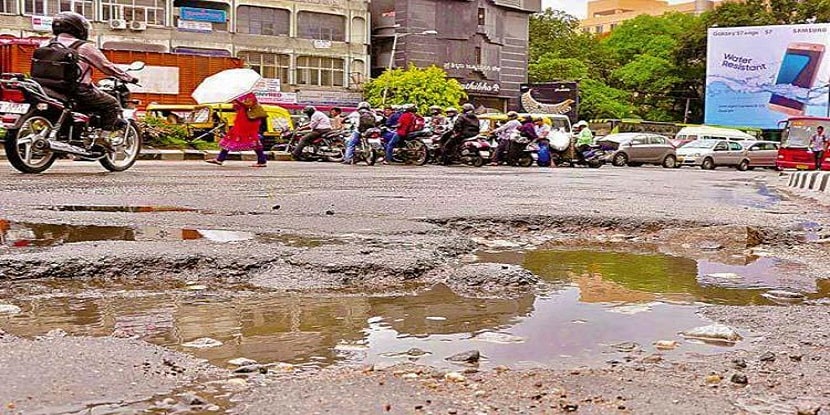 Almost 30,000 to 32,000 road accidents occur in Karachi every year due to faulty roads. The government is least concerned with this issue.

Roads of Karachi are in dreadful condition. Almost daily, accidents are observed on different roads. The major reason behind these accidents is the Potholes on the roads and these potholes cause several accidents, as well as the traffic speed, slows down. This is one of the major damages. It also causes the traffic-jammed for hours. Pakistan is included in the countries where most dangerous roads exist.

According to the World Health Organization, twenty-five thousand people are killed annually on Pakistani highway, which shows the drastic picture of Pakistani roads. It means, all the traffic laws for the safety of human beings are inadequate if the condition of roads is not maintained. Traffic police try best to maintain traffic discipline, but it all goes in vain when the poor condition of roads comes before.

Karachi being the biggest city of the country has many resources along with some drastic problems like poor sanitation process, lack of natural resources and also faulty roads which is one of the reasons behind many people’s disability or 32 percent of deaths. The population of this city is growing rapidly. With the growing population, problems are also increasing and traffic has become a major big problem. Every year, people migrate to Karachi for the sake of jobs and get settled there, it has created this city a mess. The population is getting increased and maintaining traffic is becoming more difficult.

Moreover, after every 5 years when elections have to take place, different political parties start announcing to maintain and build new roads and when elections end, these all vows diminish. This is the condition of the Pakistani government that is least concerned about the rights of the public and does not even notice the people’s poor condition.

Citizens of Karachi face a worse condition of traffic jams each day. Whether it is early in the morning or late at night, traffic jam is observed on every road in the city. This is so because of the poor and pathetic construction of roads that adds insult to injury when no traffic constable is seen on roads to manage the traffic. The deprived construction of roads also includes the poor construction of U-turns which is the major reason for road accidents.

Faulty roads condition does not occur only accidents, but also making people psychopath. In an interview with a citizen of Karachi who goes to his work by his own car said; that traffic is jammed on a daily basis. His office takes only 15 minutes of driving to reach there, but due to heavy traffic and poorly constructed roads, he reaches after 45 minutes or sometimes it takes 1 hour if it rains. He further said, “I am becoming a psycho patient due to the daily jammed traffic and driving on such roads leads to more mental stress”. This shows the terrible condition of roads in Karachi.

Pakistani government needs to take immediate action for the betterment of roads in Karachi to save the lives of citizens of Karachi.