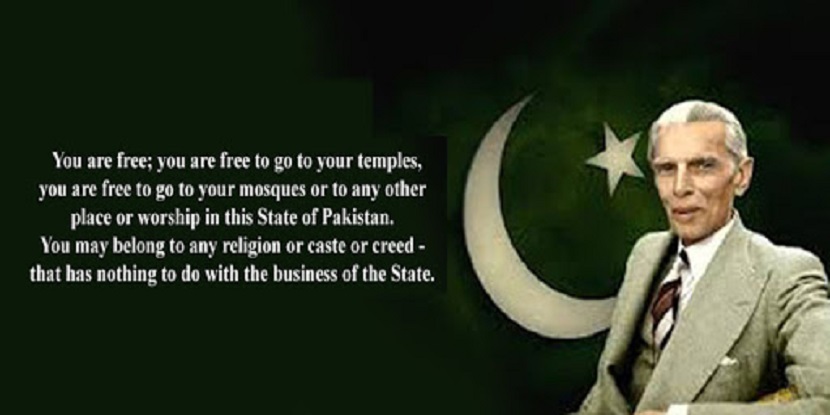 Pakistan is an Islamic country. The people of this country have freedom of living their lives according to their cast, beliefs, values or norms. Although, there are many parties that are based on different sects and norms. Sometimes violence is also observed on roads or on social media among religious parties, but the violence between Muslims or other religious people is never observed in Pakistan. This is so because of the freedom of religion.

Freedom of religion in-country is guaranteed by the constitution that is for all individuals of several religions and religious sects. At the time of Pakistan’s creation, the theory of the Hindu minority demanded to give fair deal in-country to ensure that Muslims are protected in India.

Though the second prime minister of Pakistan Khawaja Nazimuddin said that he is not agreed to the matter that religion is a private affair of all individuals and no citizen has identical rights in an Islamic state despite the individual’s creed, caste or faith.

Less than 5% of Pakistanis are non-Muslims (Sikhs, Christians, and atheists) and above 96% are Muslims according to the fine estimate. Ahmadis are not allowed to call themselves Muslims that are 0.22%-2.2% in Pakistan while, 5%-20% is Shia and 75%-95% are Sunni.

Progress regarding religious freedom is being made. Pakistan has above 95%of Muslims and most of the provinces have Muslim majority, but Sindh is the most religiously diverse province with 8% of the religious minority population, primarily Christians and Hindus.

Moreover, there is no considerable protection within Sindh, against the forced conversion against one’s will. This forced conversion was tried to outlaw by the Sindh assembly but it was rejected by the Governor because of the pressure from Ulema and forced conversions to continue to happen throughout the country.

However, the constitution of Pakistan does not support the discrimination of Muslims and Non-Muslims. But some amendments were made during the regime of President Muhammad Zia-ul-Haq’s Islamization that led to the controversial Hudood Ordinance and Shariat Court.

Then in May 1991, in the regime of Prime Minister Nawaz Shareef, the Shariyat bill was passed and then Pervez Musharraf government took the step to restrain the religious non-Muslim’s intolerance.

Nonetheless, Pakistan is one of the countries where no tyranny is imposed on non-Muslims despite the truth that it is usually heard almost every year about the injustice and oppression in the Muslim minority in India or France, etc.