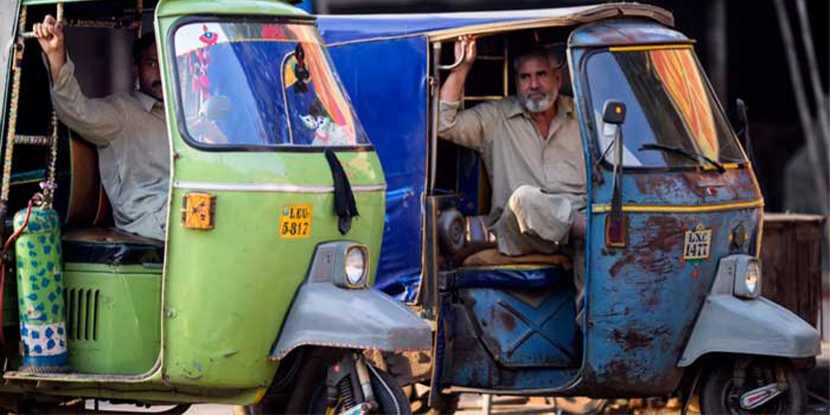 In Pakistan, heavy traffic vehicles are rampant, public transport vehicles are in poor conditions and the badly damaged roads are not a new thing too. Moreover, the high population is another factor due to which there is always too much traffic on the highways that highly contribute to noise pollution. Old vehicles also emit dangerously high amounts of smoke. All these factors lead to drivers of public transport becoming depressed and resented. This depression is the cause of drivers’ aggressive and anger expression.

The valuable part of life is sound and melodies but when the sound changes into noise, it becomes unbearable and tortures the mind. Roads are piercing with ear-splitting unbearable loud bangs all day which resents the daily travelers and especially drivers.

The unnecessary pressure horns, truck horns, roaring engines, and silencer-less bikes contribute the most to the noise emitted daily on roads. Loud horns are also installed in vehicles for the competition to grasp the attention of bystanders. Listening to loud noises all day long, such drivers start losing this mental and become aggressive and stressed. Their daily routine of traveling daily from one place to far places on the same route and continuously getting exposed to traffic noise of people and vehicles also affects their health and they start losing this hearing sense. This loss of hearing due to hustle and bustle of the roads every day lead them to speak loudly and listen loudly.

For instance, Lahore has 7 million population where more than three million vehicles move on roads daily. This causes heavy traffic jams that lead to many behavioral problems and listening issues.

Most of the public transport drivers are observed to be too rough that people avoid talking to them. This is making traveling more problematic and stressful for travelers. But, travelers’ behavior is another aspect that compels drivers to get more stressed. So, in a way both the commuters and drivers resent each other and the reason is that of noise and stressfulness of traffic.

We need to realize that noise pollution is a serious health problem that is affecting each one of us. Pakistan has to look into the problem more seriously because it has reached the limit that nearly all will have a listening problem in the coming years. Drivers are already struggling with this schedule and spending their whole day and sometimes their day and night both, and these noise problems just add more stress to their life. Vehicles are increasing day by day, so are daily commuters and both of these are directly increasing noise pollution that leads to listening problems and aggression and therefore aggression is becoming the part of their nature.