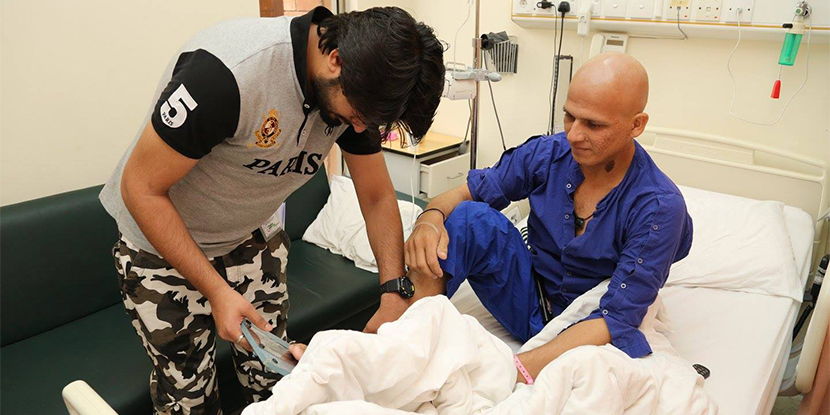 Several diseases are still making people sick in large numbers in Pakistan. Diseases also mostly spread due to unhygienic conditions or due to the climatic conditions of a region. World Health Organization (WHO) states that Pakistan ranks at 122 out of 190 countries under the consideration of the healthcare standards. Moreover, underdeveloped countries like Pakistan still do not have strong educational, financial, and healthcare systems to fight these common diseases.

Insufficient knowledge about daily unhealthy habits things is also causing diseases. Pakistanis are the victim of several diseases that are spread throughout the world. Therefore, the public will continue to suffer from many diseases. Everyone should be made aware of the life-threatening diseases so that people try to save themselves and their families from different ailments. The most common spreading diseases of the country will be highlighted here.

Heart problems can be observed in the majority of adults in Pakistan. Many factors are causing heart diseases. The most common factors are environmental pollution, unhygienic lifestyle, stress, unhealthy food, obesity, and smoking. These factors increase the level of the cholesterol in the body which in result directly affects the heart. Furthermore, the availability of unhygienic drinking water also causes heart diseases.

The number of diabetic patients in Pakistan is increasing day by day. As per the estimate, seven million people are affected by diabetes which is a large number. The body of the diabetic patient will be unable to respond to the hormone insulin which in result affects the metabolism rate in the body. Also, the level of glucose in the body shoots in the body due to the disturbance in the hormone insulin. So, the treatment of insulin is necessary to treat diabetes on time otherwise it can affect the body vessels and parts of the body to a large extent.

Cancer is also the most common disease in Pakistan. Almost, 8 percent of deaths are caused because of cancer. Therefore, cancer is a major health problem. There are many types of cancer, the most common ones are lung cancer, liver, prostate and breast cancer. According to the latest research, one in every nine women in Pakistan is suffering from breast cancer. The death rate due to cancer is high because most people remain unaware of the symptoms of cancer at an early stage. Cancer is curable at an early stage only and at later stages, cancer can’t be cured.

Malaria, dengue fever, and yellow fever are the most common spreading diseases in Pakistan. Malaria occurs due to the infection in the red blood cells. High fever is a common symptom of Malaria. Dengue fever is a virus that is spreading at a high rate in Pakistan. Dengue fever causes migraines and loss of strength in the body. People suffering from dengue may also feel the loss of appetite. Both Malaria and Dengue are spread by mosquitos. Yellow fever is due to a viral infection. Fever or hepatitis is caused by yellow fever.