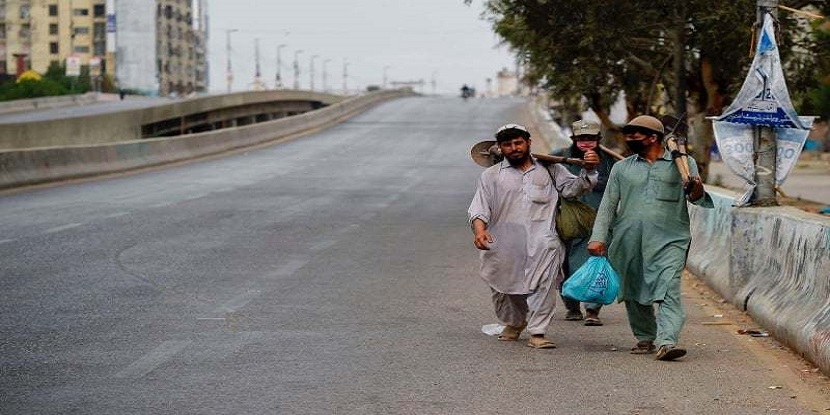 American’s economy is the strongest in the world. Its annual turnover in terms of dollars is in trillions. But during the last few days, after the attack of coronavirus more than 3 million people have been thrown away from the jobs. This is the figure of only one country which covers around 28 percent of the share of the world economy. There are around 200 countries that have been directly affected by a coronavirus.

Pakistan is a developing country. The GDP of which is the lowest in South East Asia. One can imagine how adversely the economy of Pakistan has been affected by the attack of coronavirus. No doubt almost all Pakistanis are being affected economically other than the government employees whose salaries are fixed.

As far as the employees of private sectors are concerned, their salaries and even jobs are at stake. Factories are closed, transport is banned and markets are locked. In actuality, this is the condition of total lockdown. Only the shops of grocery stores, vegetables, and fruits along with drug stores are open.

The most urgent that needs to be addressed is the miseries that daily wage workers are facing. Daily wage workers include employees at a small shop, employees of shopping malls, labor which directly involves the construction industry.

According to a rough estimate, the total number of such people is around 20 million. The government has announced the meager amount of rupees 3000 to be given to these workers at the federal level. Provisional governments are doing a little more and trying to compensate the daily wager workers at their levels. But this is not the solution.

Availability of Food is not the only problem which these 20 million are facing. There are some other unavoidable expenses which include utility-based, house rent, etc. none can divide that there is a class in Pakistan which is known is the affluent class.

In this class, big industrialists and traders are included. It is required that the prime minister should invite all such rich people to PM house and share the grieves of daily wage workers.  And also the grief of those who may be affected in the form of unemployment and the deduction of wages if the epidemic of coronavirus continues.

The richest people of Pakistanis and their patriotism is out of any doubt. These people spend with an open heart at the time of earthquake in the first decade of the century in northern areas of Kashmir.

Moreover, the people who run the NGOs used to narrate on different occasions that they receive millions of rupees in the form of a donation from the rich people of the country on a regular basis. It is needed that the system of donation, extended by the affluent class of Pakistan be systemized, so that the fruits may be given to the daily wage workers.