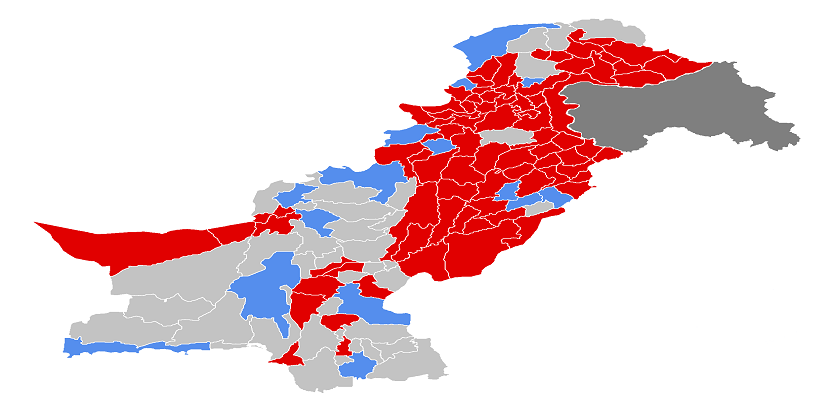 Corona Virus Covid-19 is spreading rapidly worldwide, The virus originated from China’s Wuhan province and has spread quickly all over the world. The pandemic was confirmed to have reached Pakistan in February 2020. As of 5th April 2020, the number of confirmed cases in the country is 2,880 with 170 recoveries and 45 deaths.

Punjab has the highest number of cases above 1,163, 864 cases have been reported in Sindh, 372 in KPK, 185 in Balochistan, 206 in Gilgit Baltistan, 12 cases in Azad Jammu and Kashmir while 78 cases reported in Islamabad.

On 13 March at the National Security Council meeting with Prime Minister Imran Khan decided to close all schools, colleges and, universities till 5th April. However, the faculty and staff will have to work. All lectures and classes will be held online in some institutions, i.e., Riphah International University, FAST NUCES University, Institute of Space Technology.

Pakistan closed its borders for travelers from Afghanistan at the Chaman border from 2 until 21 March. The border was partially reopened later, after 21st March for transportation of food items while pedestrian movement remained suspended.

The Durand Line border was sealed from 16th March for at least two weeks. The same time period also applied to the land border with Iran after reopening it on 7th March from a previous closure. All land borders, including the China-Pakistan border closed on 16th March.

On 21st March, all international flights were suspended for two weeks. This led to many citizens being stranded in the Middle East, Thailand and Malaysia. The Railways Minister Sheikh Rasheed Ahmed declared the suspension of 42 trains.

The ministry of health announced the 14 metric tons of PPE, “including face masks, thermometers, gloves, and gowns”, had been dispatched to Pakistan on 22nd March. The federal government offered financial assistance to Sindh by allotting the province $10 million from the non-development funds of the World Bank the same day.

On 24th March, the Chief of the Army Staff General Qamar Javed Bajwa ordered the deployment of troops nationwide and the military’s medical resources to fight the ongoing outbreak alongside the national health infrastructure.

The Corona virus COVID-19 has brought harsh reactions from the citizens of Pakistan. As many Pakistanis, particularly religiously inclined and the ones inhabiting rural areas continue to live and behave the way they did, oblivious to the danger posed by the deadly disease.

When confronted as to why they don’t follow government instructions and postponed their congregations until the coronavirus crisis is overcome, they came up with the standard reply “we trust in Allah” and nothing would happen to them as they leave their homes for the sake of Allah. However, their reaction is not acceptable at any cost.