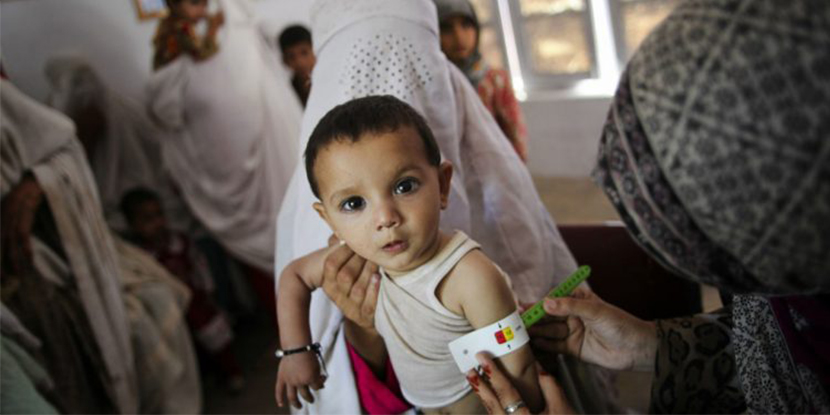 Health issues in a developing country are usually faced by the whole population and in the case of Pakistan non-communicable diseases like cancer, diabetes, and heart problems are replaced with communicable diseases like malaria, dengue, and diarrhea in the past two decades. 80 percent of Pakistanis are facing morbidity and many other health issues. For improving healthcare, urgent steps need to be taken to overcome the challenges faced by Pakistan.

Poverty is the major issue of the country due to which most of the youth of Pakistan do not have a sound childhood. According to World Bank poverty fell in the country fell from 64 % to 24 % and it has been made possible by converting economic growth into poverty reduction. But the progress in healthcare is not that encouraging.

Health problems in Pakistan are increasing day by day. But the treatment of diseases is not satisfactory due to the poor economic, financial and environmental issues. Pakistan’s most mismanaged sector is healthcare. The majority of the population is highly unsatisfied with the health department. This country has no country-wide uniform health insurance system and more than 80 percent of the population pay their health expenses themselves.

Another health problem in Pakistan is the poor system of public hospitals. Good treatment can only be expected from private hospitals but they are not for poor, and their only hope is public hospitals. But what do they get from there? They wait in long lines for the almost whole day or sometimes take days in reaching the doctor. Whenever they get admitted to hospitals, the uncleanliness, negligence and poor maintenance make the situation reprehensible and nauseating. Many patients are made to lay down in a single bed. The majority poor population have no way other to go so they live under those miserable conditions.

Then comes the problem of pollution. Air pollution is extremely high in Pakistan and this is increasing every day. People are developing asthma and other respiratory and skin-related diseases due to the inhalation of dirt.

Noise pollution is another health hazard. A daily traveler can well describe the condition of noise pollution in the country. It is affecting human health directly or indirectly through the noise of vehicles, generators, horns and loud voices.

On the other hand, water pollution is the biggest hidden reason behind the health problem in the country. Only 10 percent of the people have an approach to the clean water and the rest of the Pakistanis consume contaminated water. This dirty water is causing several diseases of many types. Thousands of people die every year in Pakistan due to the consumption of dirty water. Every year, many people die due to these and many other types of pollution.

People of Pakistan are suffering from diseases in many ways. There is no data maintained to exactly know the number of deaths that occurred due to different causes. The only solution is that the government allocate enough budget for improving healthcare and ensure that the basic health facilities are accessible by each and every Pakistani to make the country healthy.