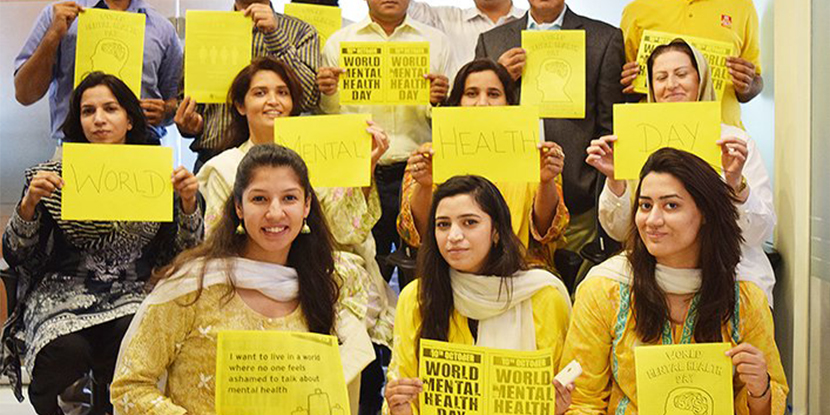 More than 50 percent of people are suffering from depression in Pakistan. The strange fact is more than half of them have no awareness of their depression and they live with the belief that they are normal. Mental health is neglected due to the sheer ignorance and people think, it is a normal state of mind and that they are just sad. But in reality, this stress when changes into depression deteriorate a person’s physical and mental health drastically.

At a very small stage like the school level, students start inducing stress due to competition with other students, workload and tough studies to get high grades. Then they get stressed when trying to get admission to high school and university. Then comes the stage of jobs when millions of students suffer from joblessness and get depressed. The people who find work are also stressed due to workload and trying to earn more. From young to adults all are striving hard to maintain their lifestyle but every year many of them lose hope and get severe mental disorders.

The environment is another aspect. The polluted environment, air pollution, noise pollution and many diseases around make the stress level increase. Unfortunately, there is the least awareness about mental health in society and people suffering from poor mental health are mocked and looked down upon.

These days, television i.e. media shows the spread of diseases and alarming conditions of the environment, the food shortage and poverty which are basic issues in Pakistan but after observing the news of media that is provided daily, no one is seen discussing the mental health issues in the country. Although all of the issues have a great impact on poor mental health. Hospitals all over the country provide anti-depressants, arrange therapy sessions with a psychiatrist and other mental health medicines but our country has no separate mental health department in hospitals that treats the mentally stressed person.

Awareness of the seriousness of mental health is the foremost thing to survive in a challenging environment like Pakistan. Pakistan has not only the poverty issue rather the environment has become highly challenging that from upper-upper class to lower-lower class, everyone going through a tough situation of mental stress.