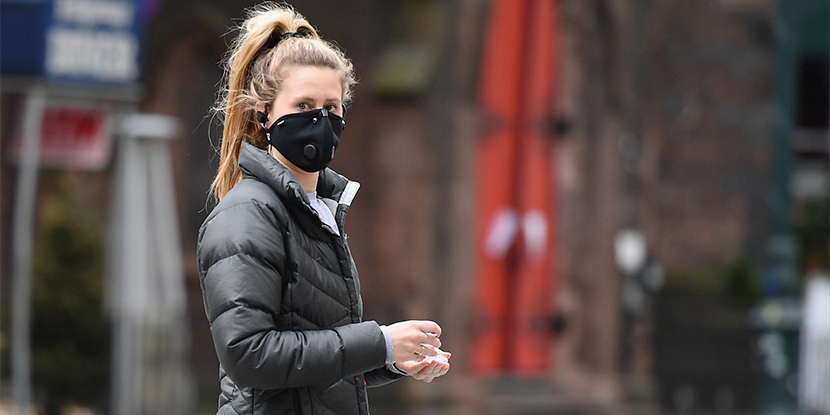 Can You Test Yourself About the Corona Virus?

A Study That Can Help You Diagnose The Corona Virus.

Today morning, as I arrived at my center, I saw around thirty patients who were screaming from afar that Dr. Sahib we are infected with Corona and please save us for God’s sake. I made them stand five feet away for inspection and gave everyone a bitter pill and told them to put it in their mouth. All pulled it out of their mouths and said, “Doctor, this is bitter poison” and then I took a bottle of perfume and put it on everyone’s hands and asked them to smell this medicine. Everyone said, “This is a fragrant perfume”. I told them that none of you have the Coronavirus by the grace of Allah, there is only a little Anxiety and Panic. I gave them a little medicine and told them to return to their houses.

All of you must be surprised by my action?

Is my mental state normal today that I am speaking such childish?

What does the bitterness of a bitter pill and fragrance of perfume have to do with Corona? And just by examining the smell and taste senses of a person, how one can conclude that a person is infected with corona.

In fact, till four o’clock in the night, hundreds of friends from Sindh contacted through WhatsApp and said that they can not sleep due to corona panic. Some were thinking about their cough, some were anxious about the whole situation. I tried to relieve everyone’s panic by telling them different stories.

But after four o’clock I went into deep thinking about the young doctor Dr. Osama died from corona in Gilgit-Baltistan just yesterday. I checked his history and found out that he had close contact with Corona patients in Quarantine, which is why he had a severe attack of Corona. According to his family members, Osama got home from the hospital last night and slept. When they checked him in the morning, he was found dead in his bed.

This is a typical sequence of corona cases which shows that Dr. Osama had a serious attack of coronary infection and this attack was on his brain’s sensory system or on his heart? But when I got the information from their relatives that he did not recognize anyone properly when he came home at night and then fell asleep. That is because Corona infection did not attack his heart but it attacked his brain and his death was due to Cerebral failure.

Later I extensively searched hundreds of cases on the effects of corona on the sensory system, and I learned that most Otolaryngolosts doctors in Italy, China, and Iran have died of Coronavirus.

It increased my curiosity and interest as to why there were so many death cases in ENT nose and throat doctors in China, Italy and Iran have happened? What was the relationship between ear, nose and throat ENT doctors and Corona deaths?

In a very strange instance, a husband took his wife to the ENT doctor for a checkup. The doctor examined the patient face to face and recorded what was wrong. The woman said that her smelling sense and tasting sense is badly affected. No difference between bad smell and fragrance is detected and no difference between bitter, sweet and salty things is detected.

The woman was apparently healthy. She had no signs of coronavirus like no fever, no cough or no flu. After the checkup, the doctor prescribed medicine and left. The doctor did not know where the patient went but later on, the doctor got corona.

Scientists around the world have come to the conclusion that; Lost sense of smell and taste may cause a peculiar clue of coronavirus infection.

That is why Dr. Gymsare writes that if any person has been an affected sense of smell or sense of taste and he has no other symptoms of the corona virus then this patient should be immediately put into isolation because he is Covid-19 patient.

Last Friday in North Maecedong, a girl by the name of Agril took off her mask and broke a flower from the garden and when she smelled it, her scent did not come up at all and she chewed the same flower in her mouth and she did not felt any taste at all. Even though this girl apparently did not have any symptoms of coronavirus. She was sent to Quarantine soon and tested. Her coronavirus test turned out to be positive.

On March 22, 2020, a mother complained that her baby’s diaper was full but she could not smell anything. When this woman’s corona was tested, it came out to be positive, with no visible signs of the virus.

In medical terminology, we doctors use two words

1. Anosmia … means the loss of sense of smell

2. Ageusia … means the loss of sense of taste

Scientists have clearly stated in their recent research that;

Both are the peculiar signs of Covid-19 infection and both the symptoms are caused by the coronavirus.

On Friday, a British ear, nose and throat doctor citing reports from colleagues around the world called adults who lose their sense of smell to isolate themselves for seven days.

An ENT doctor from the UK along with his friends, set up a joint study and handed it over to the government that whosoever suffers from loss of taste and smelling sense must be told to isolate for at least a week or fifteen days. They must not go out of isolation until the sensation of smelling and tasting is restored.

In conclusion, we can say is that the above observation will help relieve the widespread panic disorder in the country due to the irresponsible role of our media and the misinformation and myths spread by non-professionals.

If your taste and smelling senses are intact then you are not infected and if that is not the case then self-isolate until it restores.

It is Allah gifted sign to diagnose Covid-19 infection at your home without any difficulty and expense. We really want to raise awareness that this is a sign of infection and that anyone who develops a sense of smell and taste should self isolate.

Professor Clary Hopkins, who is the president of the British Rhinological Society, wrote in an email that the signs of sense are the most helpful with which we can save many human lives by controlling virus transmission to a great extent.

Both Professor Cleary and Nirmal Kumar, President of ENT UK have issued a joint statement that health care workers should also pay attention to both the senses and tests. If it is affected that must get into quarantine before they put other people’s lives in danger.

In addition, Prof. Cleary and Nirmal Kumar have also said that ENT Specialist Doctors are on big risk and they must not openly examine their patients and treat patients while covering themselves with special equipment.

Dr. Hopkins Hopkins writes in his study, “Two ear, nose and throat specialists in British who have been infected with coronavirus are in critical condition”.

Dr.Hopkins further said, “Earlier reports from Wuhan, China where the coronavirus first emerged had warned that ear, nose and throat specialists as well as eye doctors were infected and dying in large numbers”.

Dr. Hopkins also writes that the report made by physicians in the United Kingdom suggests that, “There are significant numbers of coronavirus patients who have experienced anosmia (loss of smell) saying that in South Korea where testing has been widespread, 30 percent of 2000 patients who tested positively experienced anosmia in their major presenting symptoms”.

In addition, the American Academy of otolaryngology conducted a study on its website last Sunday, March 22, 2020. They concluded that the major symptoms of the coronavirus are the loss of sense of taste and loss of sense of smell. The symptoms were likened to anecdotal evidence.

Remember that these symptoms sometimes occur in sinusitis or ear allergies, and if the patient has no allergies or sinusitis then this sign is due to coronavirus infection only.

The Academy report also states that; “There is evolving evidence that otolaryngologists are among the highest risk group when performing upper airway surgeries and examinations”

A notice posted on the academy’s website on Friday reads, “A high rate of transmission of covid-19 to otolaryngologists has been reported in Italy, China and Iran with many resulting in deaths”.

This shows that ENT doctors are at great risk, as they examine the respiratory tract and perform those operations. Dr. Rachel Kai, Assistant Professor of Otolaryngology at Rutgers, Rochella N. Y., who works in Corona’s outbreak center, has recently along with her colleges conducted a study that mentions the patient who lost his sense of smell and taste due to the coronavirus.

Dr. Russell said that this sign is a warning sign for them to move to Quarantine. He said that the number of Coronavirus patients in Italy has risen to thousands and that the death toll has risen to five thousand but most people have complained of loss of hearing and tasting senses. As recently the positive test of the minister of Sindh, Saeed Ghani has come and he had no visible signs but he complained about the taste and smell senses. Saeed Ghani was in the isolation room in the house until he recovered.

Also Dr. Marco Metra chief of the cardiology department at the main hospital of Bresica where Corona has 1200 patients and Dr. Merco said, “A man brought his wife to him and he said that my wife has just lost her smell and taste but otherwise she is well, so she is likely infected and she is spreading it with a very mild form.”

A study from South Korea where widespread testing has been done found that 30 percent of some 2000 patients who tested positive for the coronavirus reported experiencing anosmia.

Almost half of the people who interviewed Coronavirus patients in the Heinsbergh district house-to-house interview on the instructions of the University of Germany’s famous Virologist Handrik Streeck from the University of Bonn said that their sense of smell and sense of taste affected Yes and they have had these complaints for several weeks.

Dr.Clemens Wendtener a professor of medicine at the academic teaching hospital of Ludwig Maximilian university of Munich said that the patients regained their ability to smell after a few days or weeks.

A patient named Andrew Berry, who was thirty years old, got a fever ten days ago and then complained of a sore throat and had an occasional headache. When he tested his influenza, it came out to be negative and his physician said that he may have had a coronary virus and when tested, he came on positive and now Mr. Berry is saying that his smell and taste capability are being affected.