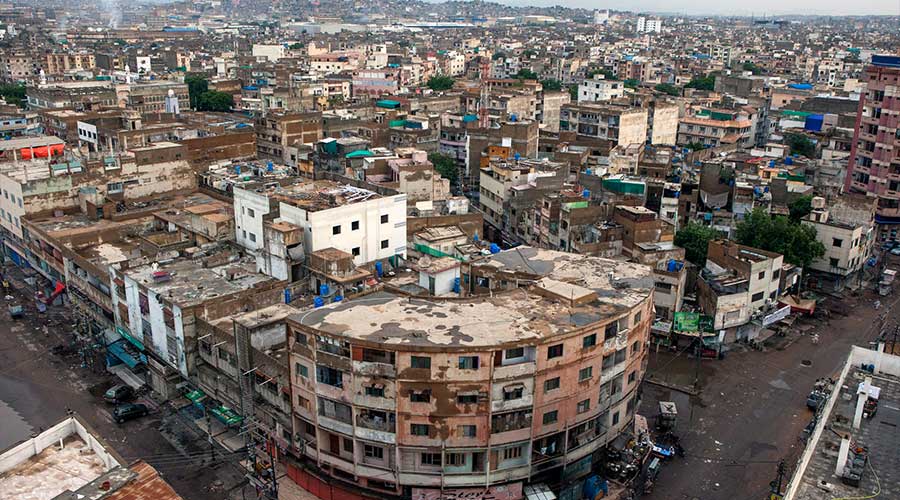 Pakistan is facing a shortage of 11-12 million residential houses and it produces issues like employment, transportation, health and education facilities. All the past governments of Pakistan seemed indifferent to providing housing facilities on a major scale to the whole country. If at all, it got any attention of the political leadership, it never moved beyond mere political slogans and things remained always the same.

The urban housing shortage is estimated to be around 4 million. Pakistan’s urban population is one-third of the total population, which is expected to reach 50% by 2050.

Even the government employees after their service of about 30 to 35 years in scale 1-16 were not accommodated and allotted a government house. They only dreamt of having their own five Marla house in a good locality.

For the last couple of decades, businessmen are hurtling towards establishing housing colonies and they have spread throughout the country. Most of these housing colonies are under private sectors and they have become a very lucrative business. The focus has tilted towards just getting maximum profit return on investment instead of providing genuine housing facilities to the masses.

Second, the prices of land in these colonies are beyond the approach of common Pakistanis. These colonies have also become residential of elite the country.

After the retirement, the government employees below scale sixteen find no way but to purchase or construct a small house in the locality, which does not suit their previous living style. No doubt the government usually announces the policy of providing the small houses in the form of flats but the construction of these flats take a very long time.

But the middle-income majority of the country are not government employees so they have so means to have their own house. The salaries of private-sector employees have lessened substantially during the last some decades. Earlier, the salary package of the private sector was much better than the public sector’s.

This is where the government established housing schemes become important and the populace is always looking towards them to establish housing societies, first, because they are not as expensive as private societies and, second, they have the clout to provide all the basic facilities like water, gas, and security, etc properly and legally.

Is NPHP addressing shortage of houses in Pakistan?

Naya Pakistan Housing Program is the flagship project of the Pakistan Tehrik-e-Insaf-led government that plans on providing housing facility to the homeless population, accelerate economic activity in the country and provide job opportunities to the youth.

Slowly but the present Pakistan government has moved to implement their big election promise of providing 5 million affordable houses to address the housing shortage. Recently the Economic Coordination Committee (ECC) of the Cabinet approved markup subsidy for the housing finance proposed by the Naya Pakistan Housing and Development Authority (NPHDA).

The Naya Pakistan Housing Programme (NPHP) has entered its implementation phase as the project groundbreaking ceremony was held at the Hazro town of Attock.

The present government should address the issue of providing the housing facilities to the employee’s private sectors and to the retired employees of public sector organizations at priority so as to avoid social unrest in the country.