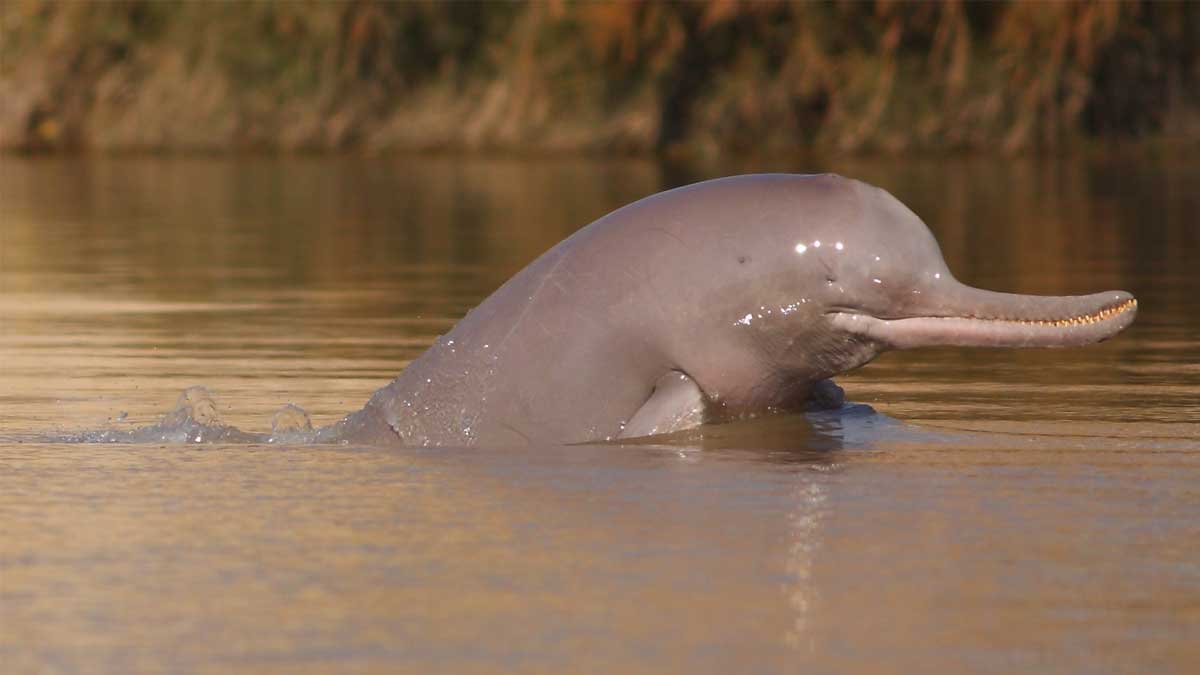 The groundbreaking study reveals that the World Wide Fund for Nature-Pakistan (WWF-P) in association with the Sindh wildlife department securely sited satellite tags on three marooned Indus river dolphins which were salvaged from irrigation canals in Sukkur and set free into the river.

It was the first satellite tagging ingenuity of river dolphins in the continent- Asia.

The details provided by WWF-P showed that the goal of the initiative is to perceive whether tagging of dolphins works competently and appropriately in a naturally high-silt river and atypical behavior of dolphins that come out of water for very small periods of time.

“The preliminary satellite data received from the tagged dolphins appears to be promising as we expect to receive more and pertinent information in the coming days,” said Dr. Uzma Khan, Asia coordinator of River Dolphin River Initiative, WWF-P.

Moreover, she added that it’s a prodigious rectitude to have headed this pioneering study which could divulge an abundant deal about the movement, behavior, and habitat use of this spiritual class, which would benefit in the long-term preservation.

As per the WWF-P spokespersons, the dolphins were tagged with extreme care as the squad comprised a veterinarian that oversaw local anesthesia to the marine mammals afore putting the tags.

“Tagging dolphins is new to Pakistan. We are pleased to contribute to this pioneering study in Asia. If this experiment is successful then the government of Sindh will continue to carry this forward and scale it up,” said Sindh Wildlife Conservator Javed Mahar.

Since 1992 the wildlife section had been supervising the dolphin salvage operation in Sindh and around 200 dolphins had been rescued so far, Javed Mahar added.

Furthermore, the Indus river dolphin is a scarce species. From the last couple of decades, their sum has enlarged to 2,000 entities from 1,200 in 2001, due to the outcome of the joint struggles of the wildlife department and WWF-P.