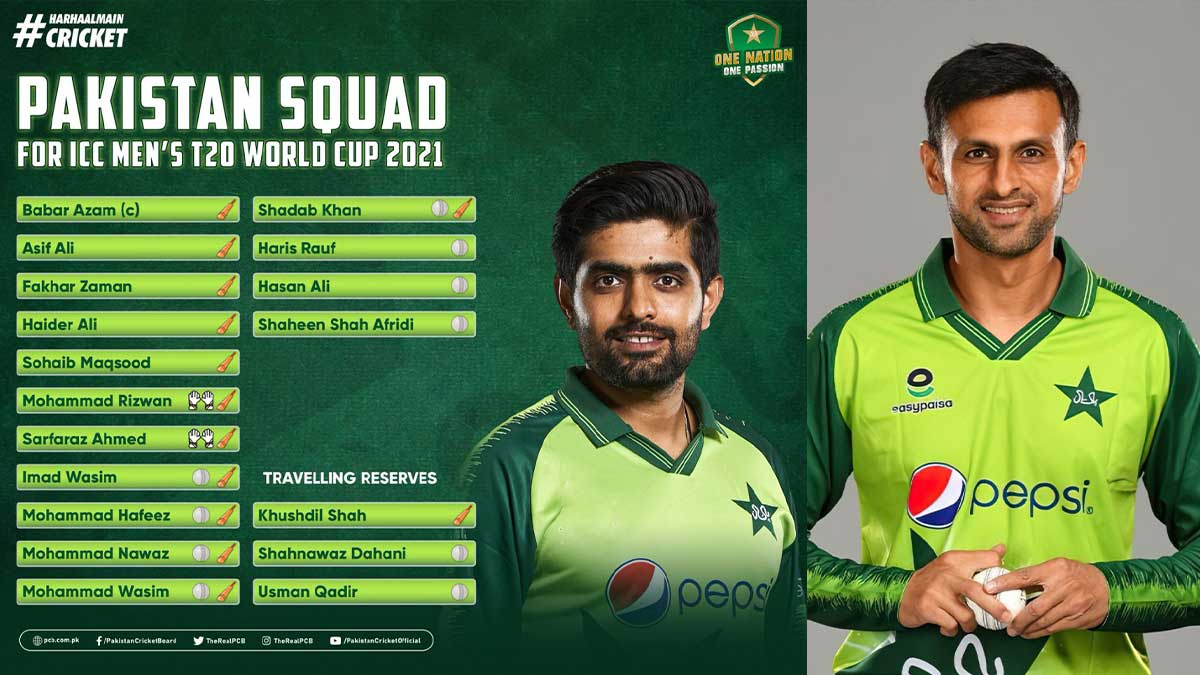 All-rounder Shoaib Malik has been named as a replacement for the injured Sohaib Maqsood for the upcoming T20 World Cup in the UAE and Oman which begins on October 17.

The final squad for the ICC Men’s T20 Cricket World Cup was revealed by the Pakistan Cricket Board on Friday in which Malik was left out.

Maqsood, who was part of the 15-member squad, had sustained a back injury during the National T20 Cup in Lahore. He underwent MRI scans for the lower back after the National T20 encounter against Northern on October 6.

Fakhar Zaman, along with Haider Ali and Sarfaraz Ahmed, has been added to the side as a result of PCB’s last 15 adjustments.

Muhammad Hasnain has been dropped, while Shahnawaz Dahani and Khushdil Shah, together with Usman Qadir, have been added to the reserve list.

Today, the World Cup-bound national team will enter a bio-secure bubble. After being tested for coronavirus, the players will be isolated for one day.

From Sunday, the team will train at the National High Performance Centre (NHPC) in preparation for the tournament.

From October 17 to November 14, the ICC Men’s T20 World Cup 2021 will be contested in the United Arab Emirates. Pakistan is in Group 2 and will play India on October 24 at the Dubai International Cricket Stadium to begin their campaign.

“After assessing player performances in the highly competitive National T20 and in collaboration with the team management, we have decided to select Haider Ali, Fakhar Zaman, and Sarfaraz Ahmed in the squad for the ICC Men’s T20 World Cup 2021,” Muhammad Wasim stated.

“The three in-form players add a variety of skill and expertise to the team, as well as more stability, balance, and strength.