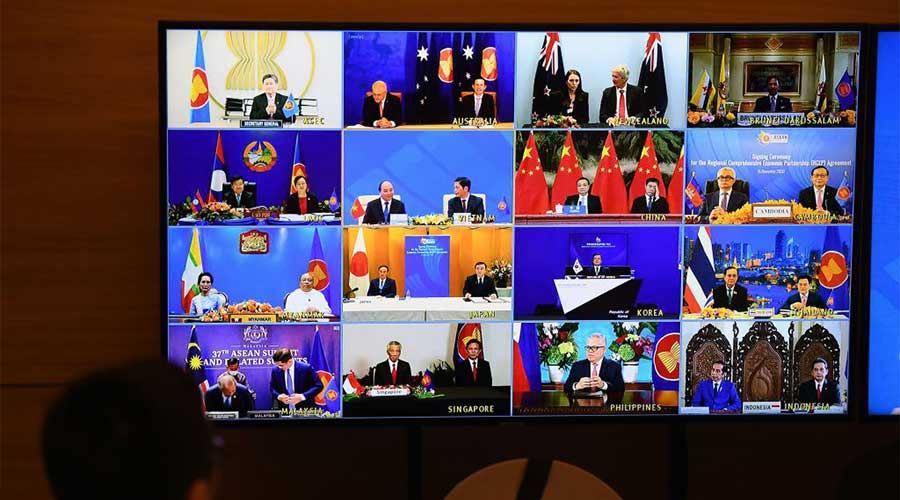 Fifteen Asia Pacific countries signed the world’s biggest free trade deal which is seen as an enormous coup for China in order to increase its influence in the region.

The initialization of this trade agreement was started in 2012 and it finally closed at the end of the Southeast Asian Summit as countries leaders wanted to push their economy in a positive direction.

“Under the current global circumstances, the fact the RCEP has been signed after eight years of negotiations brings a ray of light and hope amid the clouds,” said Chinese Premier Li Keqiang after the virtual signing.

Furthermore, Li Keqiang said, “It clearly shows that multilateralism is the right way, and represents the right direction of the global economy and humanity’s progress.”

The treaty to lower tariffs and open up the amenities within the alliance does not include the United States and this coalition is viewed as a Chinese led trade initiative.

According to Alexander Capri, a trade expert at the National University of Singapore Business School, he said, the RCEP trade pact signed by Asia Pacific countries “solidifies China’s broader regional geopolitical ambitions around the Belt and Road initiative”, relating to China’s investment project that visualizes Chinese infrastructure and impact spanning the globe.

“It’s sort of a complementary element.” He added.

However, the majority of the countries who signed the free trade agreement are engaged with the severe coronavirus outbreaks and these suffering countries are expecting that the RECP will help alleviate the paralyzed economic cost of the pandemic.

Talking about countries economic condition, Indonesia recently hit with the first recession for two decades while the Philippine economy dried-up by 11.5 percent on-year in the latest quarter.

The Executive Director of a Singapore based consultancy, Deborah Elms claimed that “COVID-19 has reminded the region of why trade matters and governments are more eager than ever to have positive economic growth.”