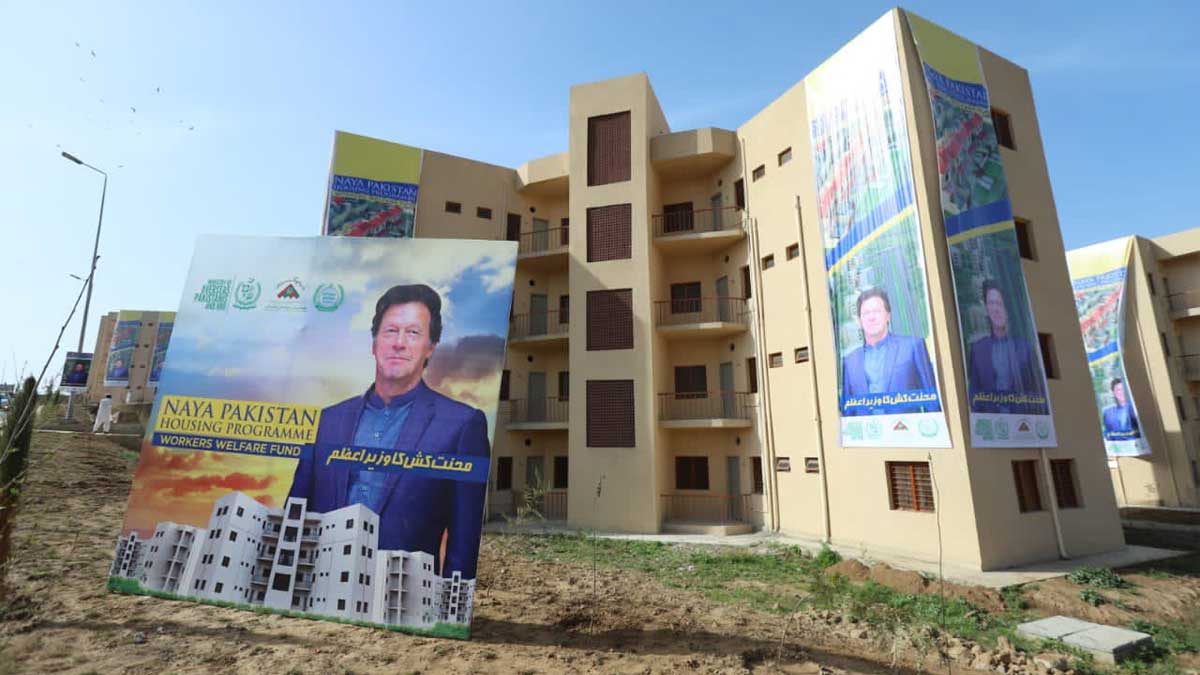 Only around 59,000 housing units have been worked upon across the country out of which 20,000 have been completed so far under the Naya Pakistan housing initiative of the previous government.

The number of housing units provided till now is not even one percent of what was vowed by the last government – five million housing units. Moreover, the Naya Pakistan Housing and Development Authority, which was made to fulfill this dream by the PTI government, has not yet given a single housing unit to anyone by itself.

In this regard, a well-known NGO Akhuwat Foundation, which was partially given the job, has provided 17,000 housing units to the deserving ones till now.

“The projects in Lahore, Sarghoda, and Islamabad are being efficiently followed. Balloting for housing units in Farash town in Islamabad is also done and the list is being given to the local government department for handing over of the apartments to its clients,” NAPHDA spokesperson told the media.

He added that the around 3000 apartments made with the collaboration of the Workers Welfare Fund (WWF) are ready, however, a case related to the project is in progress in the court and as soon as it is closed, they will also be handed over to the needy ones.

Approximately, 59,000 housing units are under construction in different parts of the country, from which around 20,000 housing units have been completed up to now, as per the data shared by the NAPHDA spokesperson.

Besides, out of 20,000 houses, over 17,000 are constructed by Akhuwat and around 3,000 by Workers Welfare Fund, whereas none are handed over by the NAPHDA and local government departments till now.

While briefing about the projects being completed with the assistance of local government departments in different cities, the NAPHDA spokesperson stated that the construction work is under construction in all the areas and the contractors and builders take time which is usual and the apartments are likely to be handed over to its clients by the start of next year, 2023.