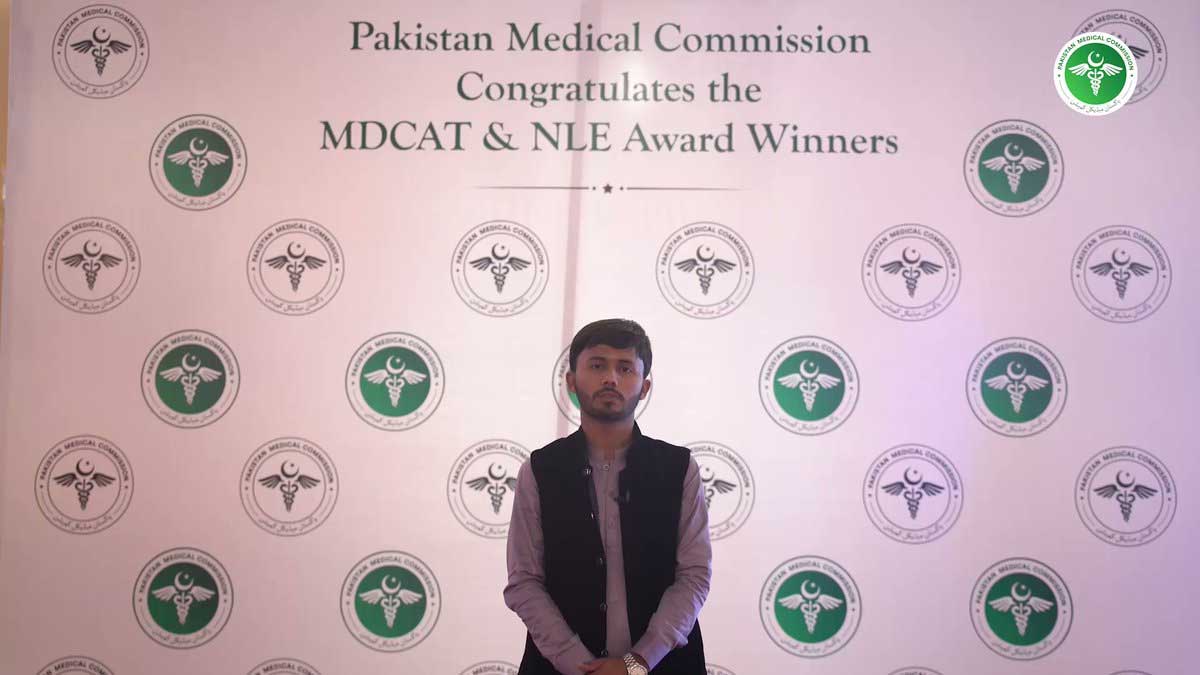 Hard work is the key to success whether you have a rich background or a poor one. It is apparent from the achievement of Parkash Kumar who is the son of a poor mason. He has surprised everyone by gaining the first position in the Medical and Dental Colleges Admission Test (MDCAT) held across the province of Sindh.

Parkash lives in a remote village of Kharyo Ghulam Shah, which is situated 30 km from Islamkot city Tharparkar district. However, Parkash along with his family had moved to Badin’s Gulab Laghari village about 15 years ago for pursuing a better future.

While speaking to the media, the MDCAT topper said that his education that he got his primary and secondary education from a government school in the village. Later, for higher secondary education, he took admission to the Higher Secondary School Chambar in Tando Allah Yar district, which is almost eight kilometres away from his village.

Parkash Kumar, while talking about the expenses of his family, said that his father produces not more than a mere Rs. 1,200 a day and devotes it on his children’s education. He further said that his father wanted him to be successful man in life. He told the media that their family lives in a rented house, but his father wishes him to get higher education, Prakash said.

He concluded by saying, “This is just the start of the journey. I want to become a medical specialist, adding that his family has assured him financial support to achieve his dream.”