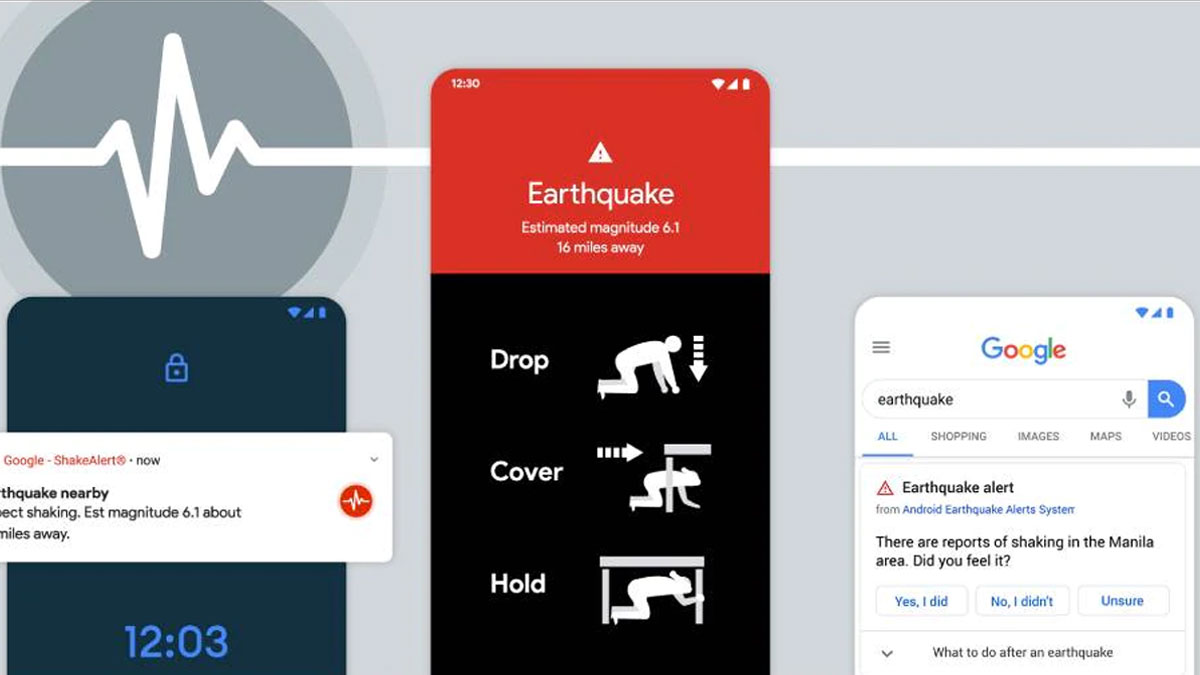 Google announced to launch of its Earthquake Alerts System in Pakistan intended for the detection of seismic activities that could help people prepare for an imminent emergency.

“Android Earthquake Alerts System is a no-cost, helpful android feature that detects earthquakes around the world and alerts people. It uses sensors in Android smartphones,” the search engine stated in a statement.

The system gives near-instant statistics to Google search. “When people look up ‘earthquake’ or ‘earthquake near me’, they will find relevant results, along with helpful resources on what to do after an earthquake,” the statement said.

It added that people who did not want to receive alerts could turn off the notifications in device settings.

“Pakistan has experienced several earthquakes in the past, especially in the northern and western parts of the country. With the expansion of this earthquake alerts system, android users in Pakistan may receive automatic early warning alerts that help them be prepared for an emergency.”

Moreover, the system consists of two types of alerts, on the basis of the intensity and magnitude of the earthquake.

“One feature titled ‘Be Aware’ alerts people when earthquakes with a magnitude of 4.5 occur, or an intensity level of 3 or 4 on the MMI scale. The notification is sent along with the distance of the earthquake’s epicenter. The alert uses the phone’s current volume, vibration, and Do Not Disturb settings.”

On the other hand, another important feature named “Take Action” is a full-screen alert for earthquakes with a magnitude greater than 4.5, or an intensity level of 5 and above on the MMI scale.

“To help people prepare for potential heavy shaking, full-screen instructions are shown and the phone plays a loud sound.”

Initially, the Android Earthquake Alerts System was introduced in New Zealand and Greece.

It is now available in several countries including the Kyrgyz Republic, Kazakhstan, Philippines, Tajikistan, Turkmenistan, Turkey, United States of America, and Uzbekistan, as per the statement.