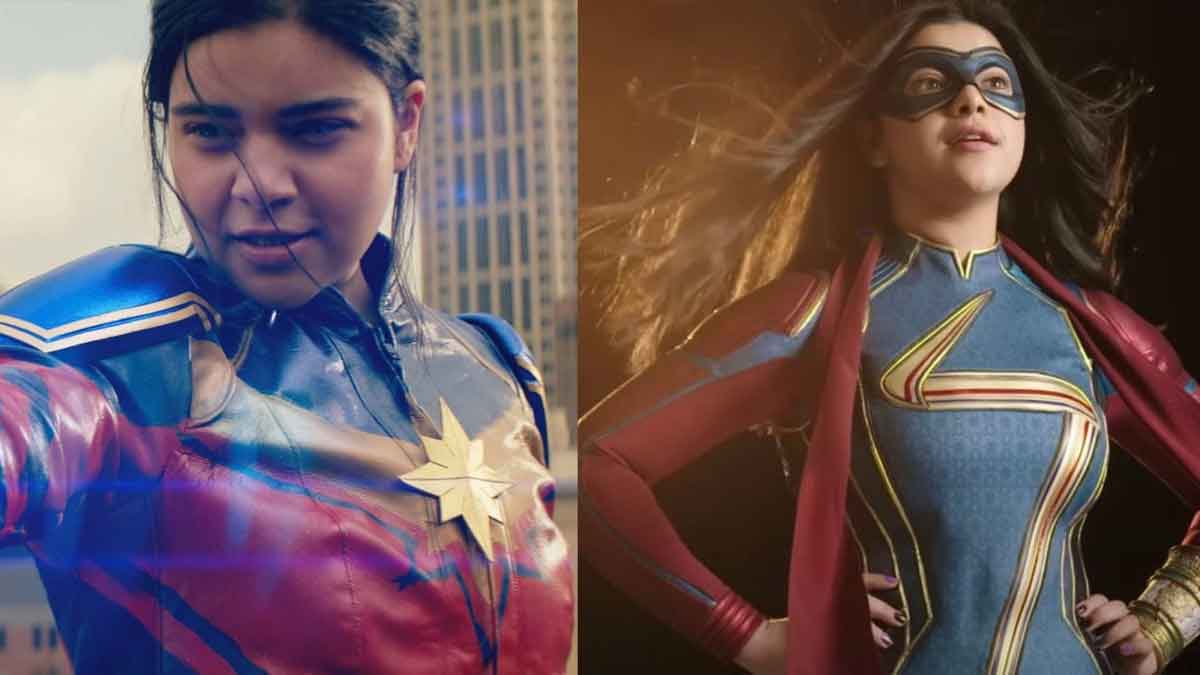 Iman Vellani, a Pakistani-Canadian actress, best known for portraying the title character Kamala Khan in the Disney+ series Ms. Marvel has bagged much fame in Pakistan and around the world.

As Khan is over the moon, she said while talking in an interview show that “Its true, I still can’t believe it.” She said, “I was just 15 when and used to read Ms. Marvel comics and don Ms. Marvel costume on Halloween in high school.”

About her journey from fan to Marvel studio, Vellani said, “I sent a recording to my aunt after receiving a message from her. Two days later, she called me and invited me to Los Angeles where I went with my dad.”

The young actress, who has made the ultimate transformation in the new Disney+ television show “Ms. Marvel”, went on to say, “I visited Marvel studio in Los Angeles. It was a great fun there as Marvel people were all around.”

Vellani added, “It was the most historic day of my life.”

She further revealed that she was also scared of working with those who are your childhood ideals, however, she overcome this fear. “It was an honour for me to see Comics star from very close,” she added.

She also talked about her ‘desi’ Pakistani family and compared her film character to it.

“It’s a complete family system, like Kamala takes permission from her parent to go somewhere, I also do the same in my real life. I have also an elder brother like Aamir (from Marvel). He teases me but he is so cute.”

About the film music, the 19-year-old star said, “it also included the favourite music of Pakistanis. This music is part of the entire project.”

Ms. Marvel is seen as the biggest breakout star in Marvel Comics in the last decade. As well as playing Kamala Khan in the television show, Vellani is set to team up with Brie Larson, who plays Captain Marvel, in the 2023 film ‘The Marvels’.