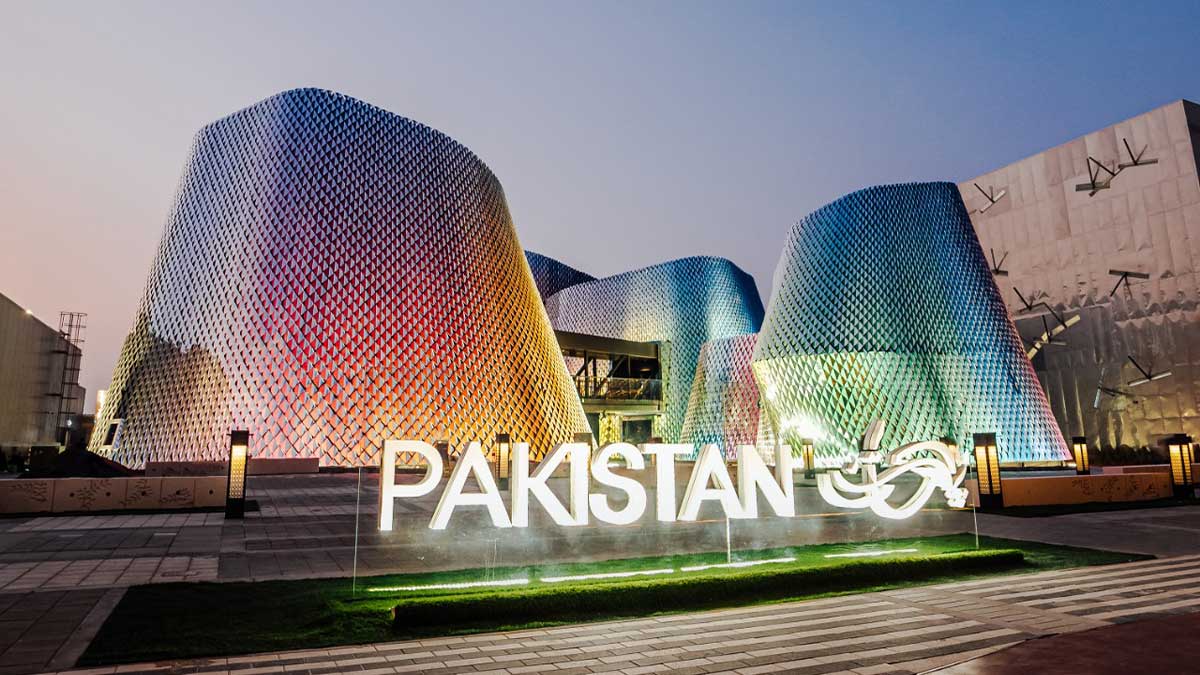 The Pakistani pavilion in the star-studded Expo 2020 Dubai dubbed by organizers “the event of the century” attracted around 8,000 people on the opening day.

The pavilion is divided into eight key spaces where visitors can experience the country’s best-kept hidden treasures ranging from its vibrant handicrafts to its stunning topography and lip-smacking food.

“Today, the entire world unites in the United Arab Emirates, as we witness, together, a new beginning, as we inaugurate, together, with God’s blessings, Expo 2020 Dubai,” Dubai Crown Prince continued.

Dubai staged fireworks displays at three locations throughout the city to commemorate the inauguration day: The Frame, Dubai Festival City, and The Pointe on Palm Jumeirah.

Sheikh Nahyan bin Mubarak Al Nahyan, UAE Cabinet Member and Minister of Tolerance and Coexistence, remarked during the opening ceremony that the UAE has worked hard to improve people’s lives by “building people and supporting business.”

“We can attain success through connecting minds. We declare our commitment to making the world a better place via cooperation through Expo. For the first time in history, 192 countries will meet,” the minister noted.

The UAE confirms its commitment to make the world a better place via cooperation, according to the minister.

“We welcome visitors to the Expo as an opportunity for global cooperation and action, and we bring a message of cooperation, tolerance, coexistence, and peace in order to achieve a successful future for all,” he continued.

The Expo will take place from October 1, 2021, to March 31, 2022, and will bring together over 190 countries to explore new ideas, make new relationships, and work together to address some of the world’s most pressing issues.