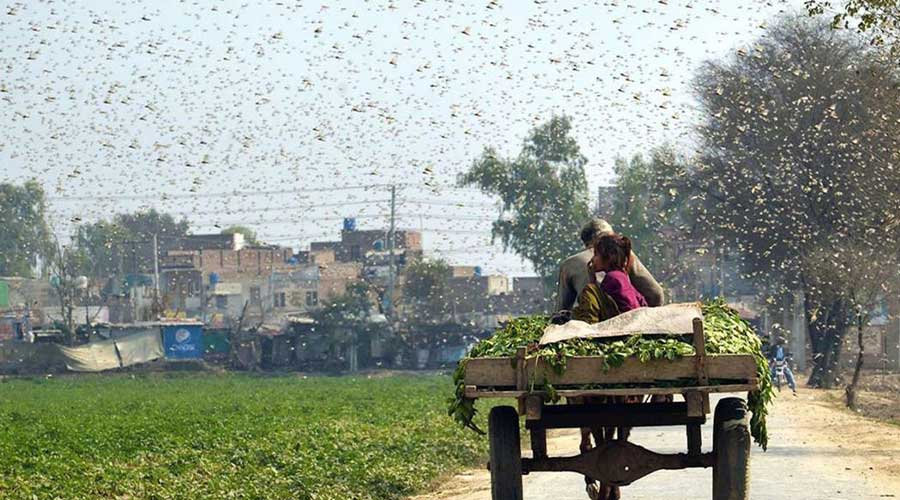 Officials claim that Pakistan has completely eliminated swarms of desert locust after several months of declaring an emergency to fight the infestation.

The head of National Locust Control Center Lt General Moazzam Ejaz said in a statement that with the help of God and efforts made by the relevant departments, we can now claim that there are no locusts left in Pakistan.

The locust numbers were declining since August and last week we cleared the remaining lands from locust, said LT General Moazzam while attending a ceremony in the capital of Pakistan.

Since declaring an emergency against locusts in February the officials from different divisions did everything to eliminate the locust threat which was causing immense damage to the crops. The government arranged helicopters, drones, vehicles and thousands of agriculture workers to fight with the locust’s swarm.

Due to the locust attack, Pakistan did not manage to obtain the target for wheat by around 2 million tons, hence forced authorities to import wheat for the first time in decades.

The low production of wheat along with other crops pushed the wheat price up which impacted other food items and increased the inflation rate to almost 10% in the last month. The rise in prices also piled up political pressure on the federal government.

However, despite the eradication, the officials did not rule out the possibility of another locust attack but they believe the department will be ready this time.

“There can be a [resurgence], but based on our experience we will be ready to preempt that,” said Mohamed Afzal, head of Pakistan’s disaster management agency.

China, Pakistan’s neighbor and an ally, donated thousands of tons of pesticide, drones and technical expertise to help the country in the difficult period.