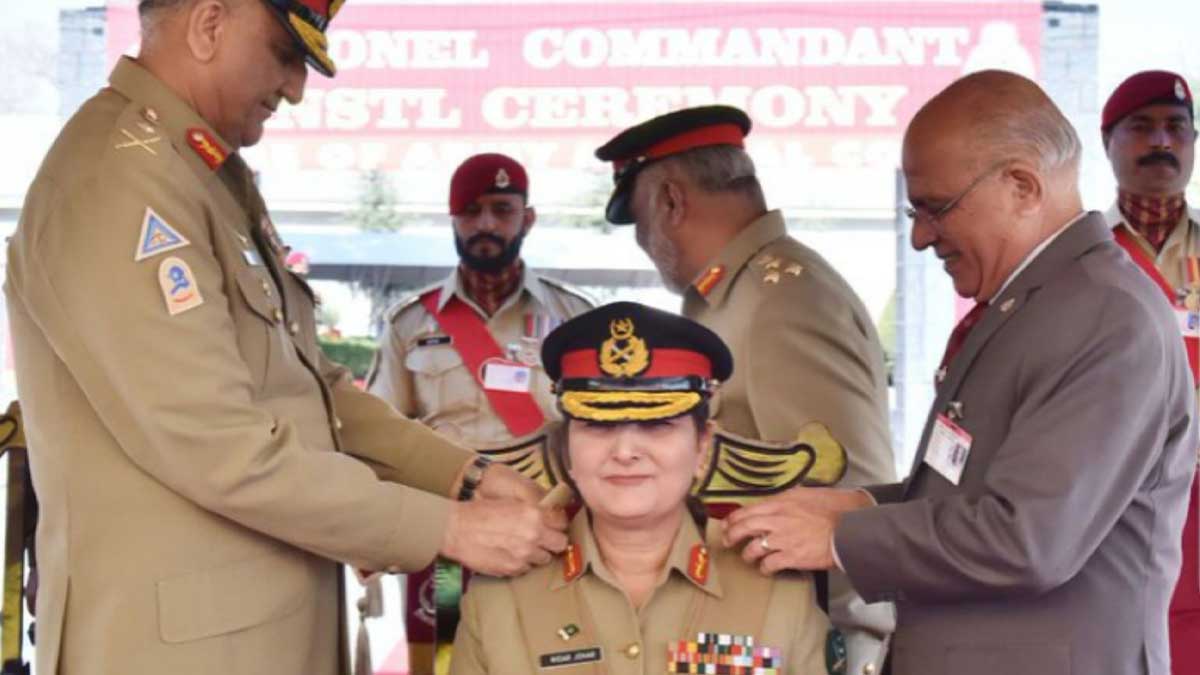 According to the statement released by Inter-Services Public Relations (ISPR), Chief of Army Staff (COAS) Gen Qamar Javed Bajwa, during a visit to the AMC center, Abbottabad, pinned the badges of rank to officially install Lt Gen Johar.

The COAS also laid a garland at the Yadgar-i-Shuhada and offered prayers.

While talking about the event, Gen Bajwa spoke that the installation of the first-ever three-star female general as the colonel commandant of AMC was “a matter of immense pride for the Pakistan Army and the country”.

He also praised the struggles of AMC in safeguarding high values of healthcare during peace and war.

“The AMC has always answered the call of duty during natural calamities, both inland and abroad. Our doctors and paramedic staff have been frontline warriors against Covid-19 and [have displayed] exemplary commitment and resolve for the safety and well-being of the people of Pakistan,” he remarked.

Moreover, Lt Gen Nigar Johar has graduated from the Army Medical College and has an MCPS degree in family medicine, MSc in advanced medical administration, and a Masters in Public Health. She has also worked as the National Instr­uctor of Hospital Prepar­edness in Emergency.

Furthermore, she has been awarded Tamgha-i- Imtiaz (Milit­ary) and is also the recipient of Fatima Jinnah Gold Medal for commendable services in the Army Medical Corps from the prime minister of Pakistan. Previously this year, she was decorated with the Hilal-i-Imtiaz.