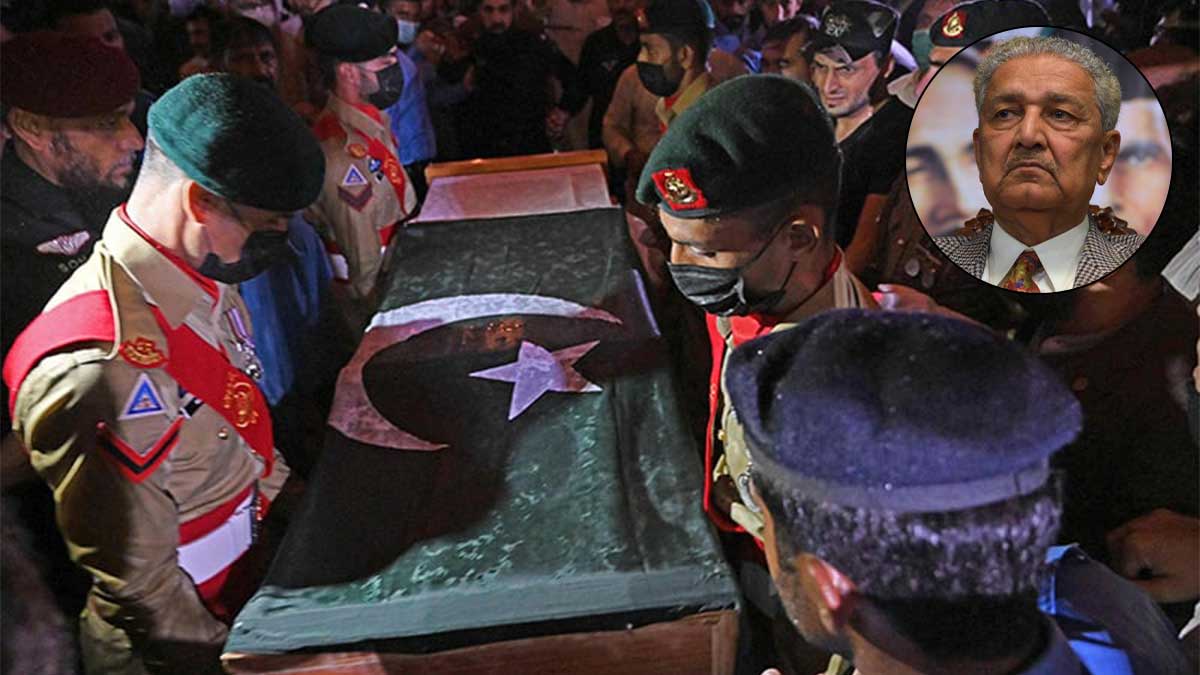 The devastating news of the demise of Pakistan’s notable nuclear scientist Dr Abdul Qadeer Khan has engulfed the entire nation in grief.

AQ Khan died early Sunday morning and he was laid to rest in Islamabad’s H-8 graveyard after receiving a state funeral at the Faisal Mosque.

Thousands of people turned out for the funeral prayers, which took place in the midst of a downpour in the federal capital.

After his health condition deteriorated, the nuclear expert was transported to a private hospital in Islamabad.

Sheikh Rasheed Ahmed, the Federal Interior Minister, stated that doctors tried everything possible to save the nuclear scientist’s life but were unable to do so.

According to doctors, the scientist died when his lungs collapsed.

“Dr Khan conveyed his intention to be laid to rest at the Faisal Mosque when he was admitted to the military hospital a few days ago,” the interior minister said.

Dr Khan, on the other hand, was buried in the H-8 cemetery, roughly 11 kilometres from the Faisal Mosque.

According to a statement released by the interior ministry, a burial had been prepared on the grounds of Faisal Mosque, but at the request of Dr AQ’s family, it was later decided to bury him in the H-8 cemetery.

According to the interior minister, Dr Abdul Qadeer Khan also asked the vice-chancellor of the International Islamic University to lead the funeral prayers.

The 85 years old Pakistani hero was admitted to the KRL Hospital on August 27 after contracting Covid-19.

Last month, the scientist expressed his dissatisfaction with Prime Minister Imran Khan and his cabinet members for failing to inquire about his health.

Dr. Khan was praised for bringing Pakistan’s nuclear capabilities up to par with arch-rival India’s and for making the country’s defences “invincible.”