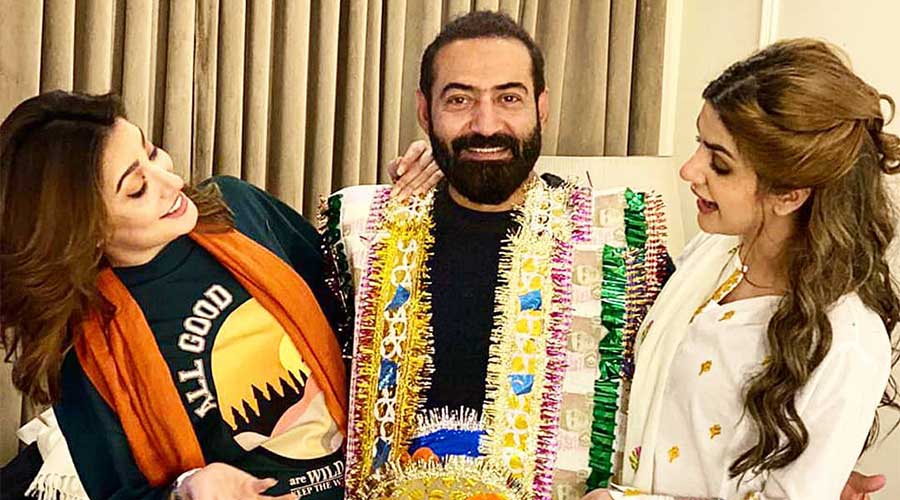 Coronavirus has become a major hurdle in almost every activity and shooting films is one of them. Nadeem Baig’s star-studded London Nahi Jaunga (LNJ) would have released this year but is still left to be completed.

With one movie stuck halfway and the temptation of making another hit drama ever present, Nadeem’s passion for filmmaking is still drawing him towards the silver screen. However, he sounds optimistic and said,
“I hope that by summer next year, life would have normalized,” he added.

“That’s when I will be ready to schedule a release date. As a director, one of my main priorities always is to maximize profits for my producer. Right now, even if cinemas do open up, I would not feel safe going to watch a movie. And if I’m not comfortable sitting in a movie theatre, I can’t expect my audience to want to do the same.”

He was then asked, “Why does Humayun have to be part of every one of his projects?” to which he answered, “If not Humayun, who else? I think he is the best actor that we have. He keeps proving his mettle with more roles, like in Meray Paas Tum Ho this year.”

“And I have worked with Fahad,” points out the director of much-awaited London Nahi Jaunga. “Fahad really shone in Jawani Phir Nahin Ani 2 [JPNA2]. He had been working with our team for the first time and I was worried that he may have concerns that Humayun would be playing a more significant role, since he was co-producer as well as one of the actors. When he saw the final movie, Fahad really liked it.”

“I similarly told Adnan Siddiqui to place his trust in me in the case of Meray Paas Tum Ho. I would never allow a story to get undermined and my focus is on every character, as much as required. Humayun wouldn’t want that either. He has a big heart and besides, as producer, he wants the overall project to do well.”

He also shared his overwhelming feelings which he receives from audience, “I love to see how the audience reacts to a certain dialogue or scene,” says Nadeem. “I believe that, while a solid script is imperative, a film is ultimately based on the director’s vision. The director can make a mediocre script become exceptional, or create a bad movie from a very good script. There have been times when the audience has reacted beyond my expectations, and it has made me feel incredibly happy.”