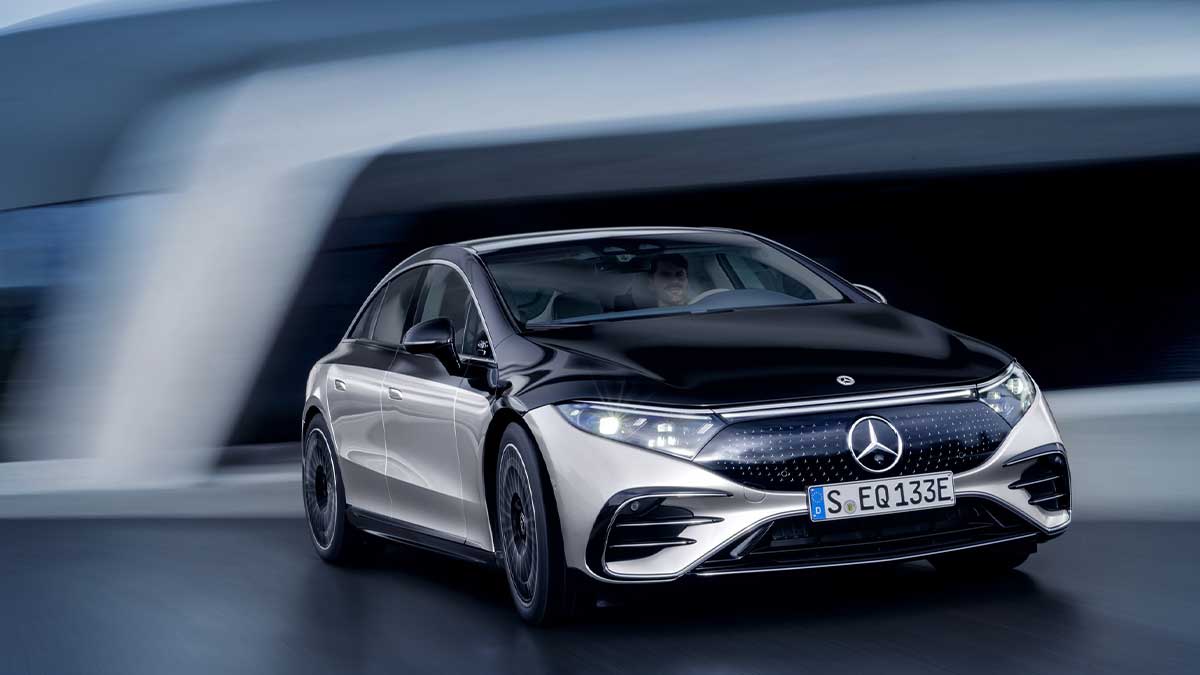 Daimler revealed the electric “sibling” of its premium Mercedes-Benz S-Class luxury sedan on Thursday, challenging industry leader Tesla in the battle for market share as electric vehicle sales take off.

The EQS is the first in a series of Mercedes-Benz cars to be designed entirely on an electric vehicle platform. In August, it will be available in Europe and the United States, with China following in January.

Last year, sales of electric and plug-in hybrid cars in the European Union nearly tripled to over 1 million, accounting for more than 10% of total sales.

“With this car, we set the bar really high,” Daimler Chief Executive Ola Källenius told reporters. “In this category, customers demand a mix of high-tech creativity and classic comfort… and that’s what we’re aiming for with the EQS.”

Daimler has so far not announced pricing for the EQS, stating that it would be disclosed prior to the launch date in the summer.

Källenius refrained from making any comparisons to Tesla in interviews and conference calls on Thursday whose market value is more than $700 billion surpasses all other carmakers.

With a range of up to 770 kilometres (478 miles) and a new touchscreen display that will occupy almost the entire dashboard – an additional feature – analysts see a bid to catch up to Tesla, which had a huge advantage over other carmakers and offered a longer battery range and its signature touchscreen infotainment system.

More than half of consumers, according to Källenius, will pay extra for the digital display, which Mercedes-Benz revealed in January.

Daimler now has a hybrid platform to compete with Volkswagen AG. In 2025, BMW will introduce a dedicated website.

The introduction of the EQS, according to Mercedes sales chief Britta Seeger, coincides with a surge in demand for electric vehicles that exceeds expectations.

During a conference call, Seeger said, “We figured by 2030, half of our sales would be electric vehicles and plug-in hybrid vehicles.” “What we’re seeing right now… is a greater demand from consumers for electric vehicles. We’re also more certain that this leap can be made a little quicker.”