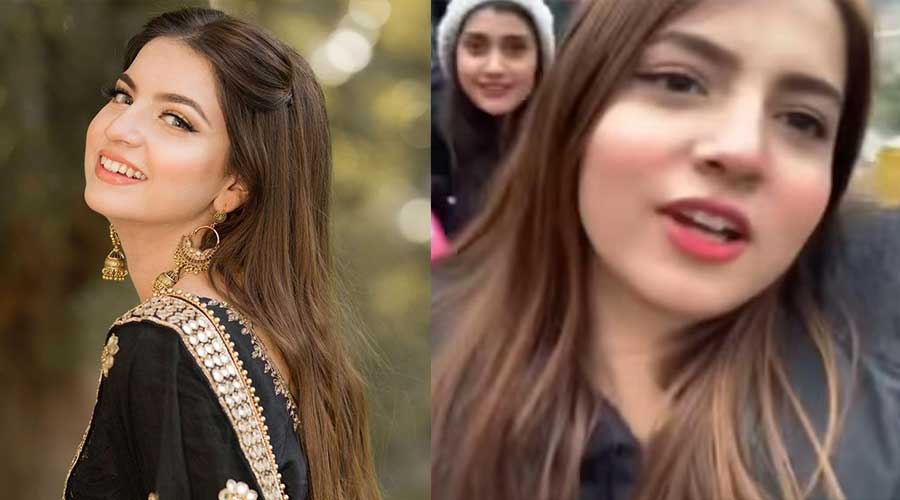 From the past two days, netizens can’t stop enjoying the “Pawri Ho rahi hai” meme. But what is Pawri ho Rahi Hai, all about? Who is Dananeer behind the viral ‘pawri’ video?

It all began when Pakistani content creator Dananeer Mobin posted a video on Instagram earlier this month.

Dananeer was seen pointing first to her car by the roadside in Nathia Gali and then to her friends before explaining to viewers that the group was partying. “Yeh humari car hai, yeh hum hain, aur yeh humari pawri ho rahi hai (This is our car, this is us and this is our party going on)”.

The three short sentences and especially her ‘burgerish’ pronunciation of the word “party” sparked a huge buzz on social media from last week.

The meme has since triggered a never ending trend of social media users which has now seen participation from several social media-savvy brands, companies, and big events.

Following this trend, cricketer Hassan Ali also mimicked the video in the most hilarious way after winning the series.

On Sunday, Pakistan won the third and the last T20I against South Africa by 4 wickets played in Lahore and so, out of happiness, Hassan Ali also followed the trend as he can be heard saying, “Yeh Main Hun, Yeh Meri Team Hai, Aur Hum Series Jeet Gaye Hain Aur Hum Pawry Kar Rahay Hain.” (This Is Me, This Is My Team, We Have Won The Series, And We Are Partying).

The social media influencer had about 185K followers before the viral video and now the Pathan girl, who divides her time between Islamabad and Peshawar, has a following of over 5 lakh on Instagram.