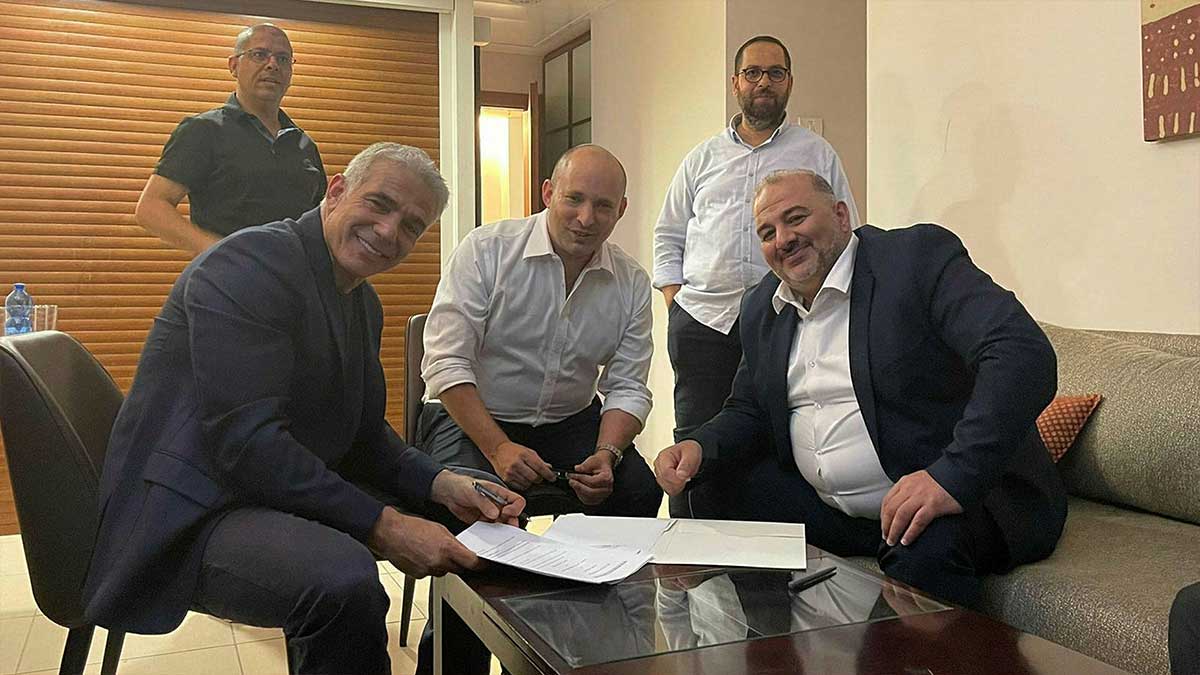 After inconclusive elections in March, a politically diverse coalition has formed to end Benjamin Netanyahu’s 12 years as prime minister.

The eight-party coalition is led by right-winger Naftali Bennett and centrist Yair Lapid. The two will take turns as prime minister, with Bennett taking the first period of two years.

When Israel’s opposition leader officially informed the country’s president that he had reached an agreements with political allies to create a new government.

“I am happy to inform you that I have accomplished in establishing a government,” centrist Yair Lapid wrote an email to President Reuven Rivlin on Wednesday at midnight.

Rivlin congratulated Lapid over the phone, according to his office.

Nationalist Naftali Bennett, Lapid’s major ally, would serve as prime minister initially in a rotation between the two men. After around two years, Lapid, 57, a former TV host and finance minister, will take over.

Their coalition government would be made up of a patchwork of small and medium-sized parties from throughout the political spectrum, including the United Arab List, which would represent Israel’s 21% Arab minority for the first time in its history.

Netanyahu seeks to peel off opposition supporters ahead of crucial vote

However, the unstable new government, which would have a razor-thin parliamentary majority, was only scheduled to be sworn in in 10-12 days, giving opportunity for Netanyahu’s team to try to derail it by influencing legislators to vote against it.

According to Israeli political observers, Netanyahu would use every possible political tactic to achieve this, latching on Yamina members who are dissatisfied with their party’s decision to join forces with Arab and leftist politicians.

“Slow down. Netanyahu is still prime minister for a few more days before the confidence vote, and he’ll battle the new government every step of the way to keep its razor-thin majority.

“This is far from over,” tweeted Anshel Pfeffer, a political commentator for the liberal Haaretz daily.

Netanyahu, who has yet to react to Lapid’s declaration, has 30 Knesset seats, about double that of Lapid’s Yesh Atid, and is associated with at least three other religious and nationalist groups.