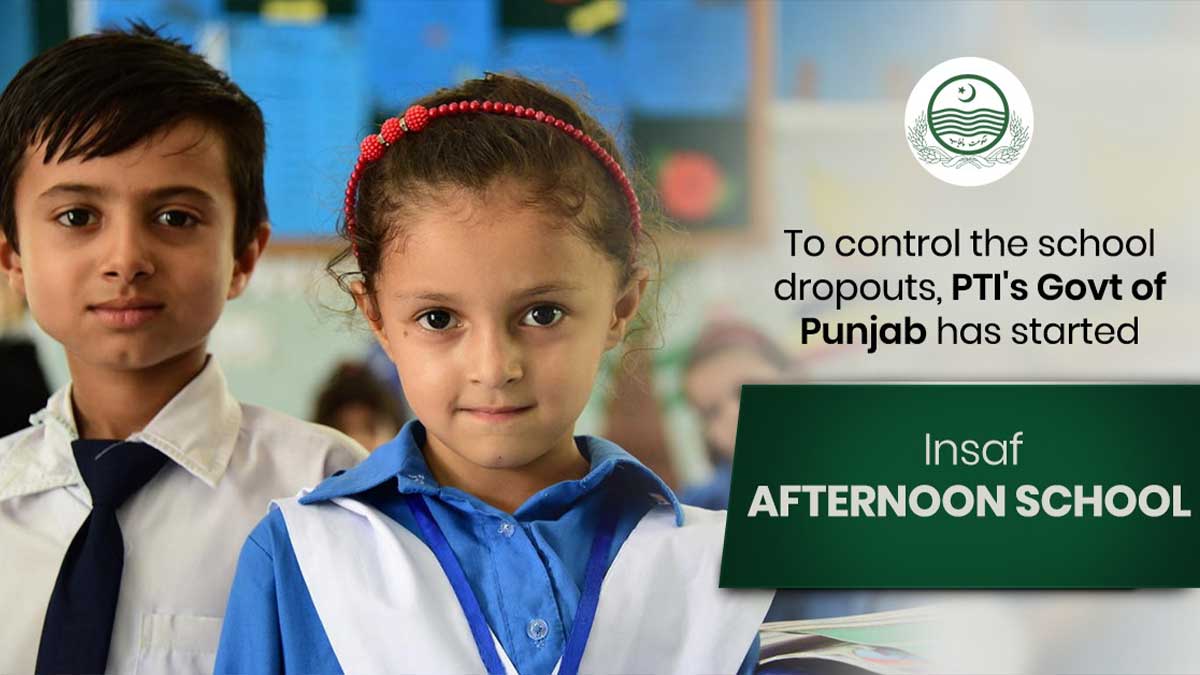 A grant of Rs 3,275,568 has been approved for 3965 primary schools in Punjab under Insaf Afternoon Program for the development period of 9 months.

The project encompasses that in government schools classes will also be conducted in evening shifts. The government had comprehended the project in the development program in the yearly budget of the existing financial year.

Approximately Rs 3.27 billion had been allotted for the project. The first phase includes classes for the primary level to be held in 3,956 schools and it will continue till nine months.

Further, it will be accompanied by classes up to middle and matriculation levels, and in this way, more schools will be included.

Teachers will be provided Rs 15,000 to work in the evening whereas the lowest salary in the province was Rs 20, 000.

Meanwhile, Punjab Education Minister Murad Raas declared the government was initiating the new Insaf Afternoon Schools program and chores on it will activate soon. This program would surge school enrollment and support children who work in the morning can study in these schools.

In addition to this, he further stated that the provincial education department was on the way to make reforms in the education system. “Classes are being conducted in morning shift in the schools and usually the schools close in the evening after the morning shift ends.

The PTI-led government has started evening shift education in these educational institutions.

The move will not only enable low-income children to study but will also help children who support their families to continue their education.”

The minister explained that schools had been recognized across Punjab and nowadays classes will be started and enrollment of children will be done. “This initiative will increase the enrollment of students which was reduced.”