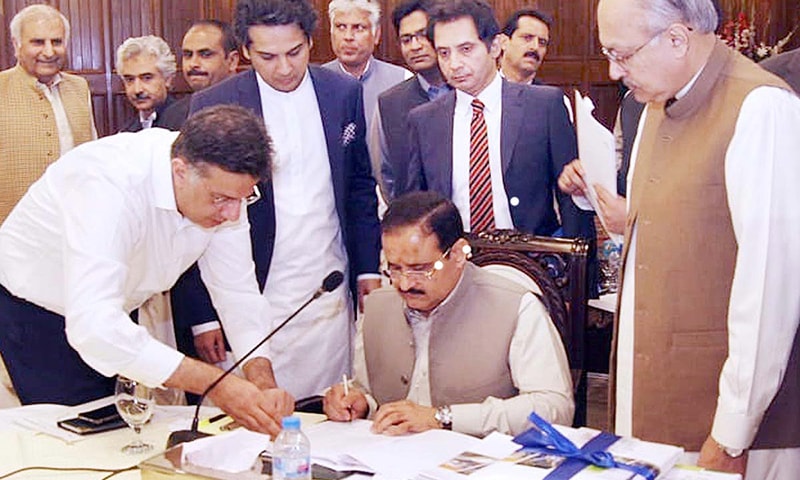 Chief Minister of Punjab, Usman Buzdar Usman Buzdar said that the focus will be on health and social welfare and major issues will be addressed in the coming budget 2020.

According to Usman Buzdar the coronavirus has badly affected the Punjab province and the situation on the ground is getting aggravated.

Unnecessary expenses would be curtailed at every level. Common man’s welfare will be the first priority and despite the critical condition due to the corona, people with less income will not be burdened. Usman Buzdar said that development of all the cities of Punjab will be considered in the budget 2020. Equality will be our goal. The coming budget and annual development program will be based upon these stated facts.

A high-level meeting took place in the chairmanship of the Chief Minister. Provincial Minister of Law Raja Basharat, Provincial Chief Secretary, Secretary Law, Secretary Finance and concerned officers participated in the meeting. Chief Minister said that the government has issued the SOPs for the safety of the people and adhering to them is now their responsibility and in case of violation, and they would be penalized.

To deal with the challenge of the pandemic, cooperation of the citizens is required and we all have to stand as responsible citizens. Concerned officers must get all the guidelines implemented in true letter and spirit.

Moreover, the Provincial Advisor for Economic Affairs, Dr. Suleman Shah called on the Chief Minister’s house and discussed the issues regarding the betterment of different departments. Chief Minister said that the economy is vulnerable to different problems but the poor are badly affected by the pandemic. New strategy to flourish business, development, and investment policies have been formulated in the light of which social welfare spending will be increased.

Chief Minister expressed deep condolence over the death of the mother of Raja Rashid Hafiz. In a message to the grieved family, he prayed for the eternal peace of the departed soul.