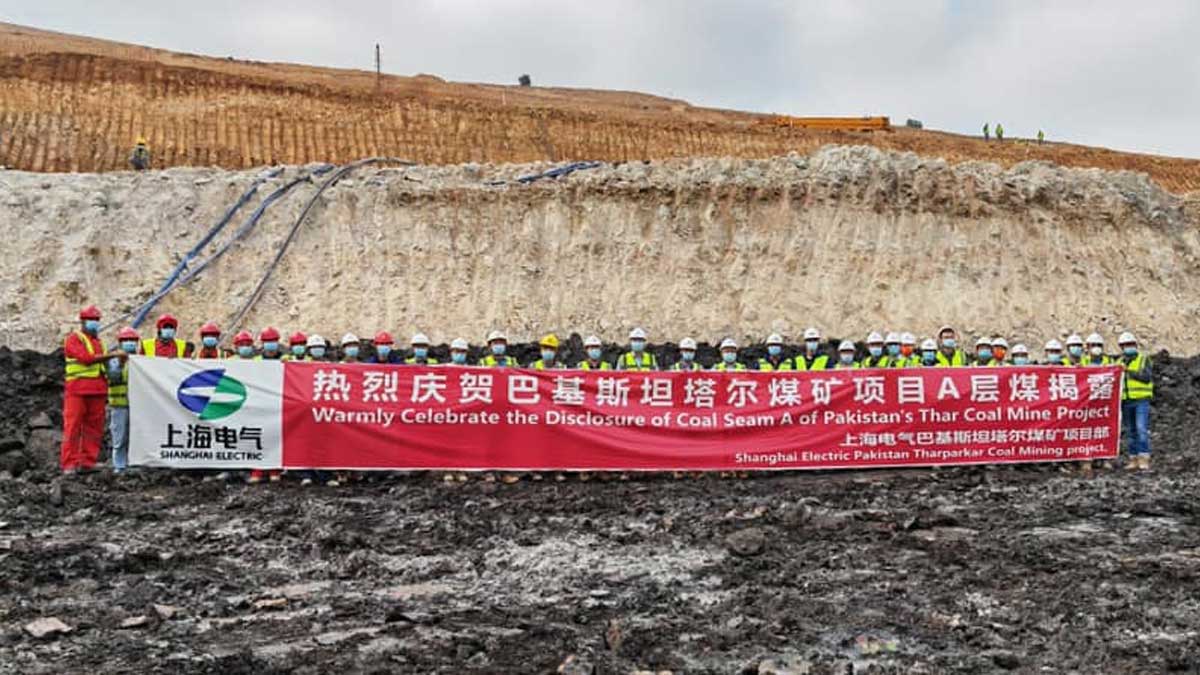 The first shovel of lignite coal have been extracted from the coal pit of Block 1 in the Thar coalfields near Islamkot on January 31, 2022.

Block 1 is Pakistan’s largest coal mine with reserves of over 3 billion tons (or over 5 billion barrels of crude oil equivalent) with an annual output of 7.8 million tons per annum in just the first phase alone.

Thar Coal Block-1 site is owned and operated by Sino Sindh Resources (Pvt) Limited (SSRL), whose majority shareholder is Shanghai Electric Group and the exploration effort was co-ordinated by the Pakistani government.

Coal miners’ efforts paid off in Sindh province, when a massive coal reserve was located below 145 metres during the Thar Coal Block-1 site’s excavation project, which was concluded on Monday morning.

According to experts, the Thar Coal Block-I coal reserves are estimated to 3 billion to 5 billion barrels of crude oil.

In the first phase, the administration estimates yearly production at 7.8 million tonnes, according to a statement. The China-Pakistan Economic Corridor (CPEC) project rated the Thar Coal Block-I.

Sindh Chief Minister Syed Murad Ali Shah congratulated the nation on the finding of coal deposits in Tharparkar, calling it the provincial government’s second-largest achievement. Block one of the Thar Coal Field has resources of up to 3 billion tonnes of coal, which is equivalent to 5 billion barrels of crude oil.

The Chinese enterprise was also lauded by Sindh’s chief minister on the discovery of coal reserves.

While congratulating the nation, Provincial Minister for Energy Imtiaz Ahmed Sheikh stated that in the first phase, yearly coal output will be 9 billion tonnes.

He stated that the discovery will assist Pakistan in meeting its energy needs, as well as benefiting the country’s economy by billions of dollars.

The minister also sent his best wishes to the Pakistani team as well as the Chinese professionals involved in the project.