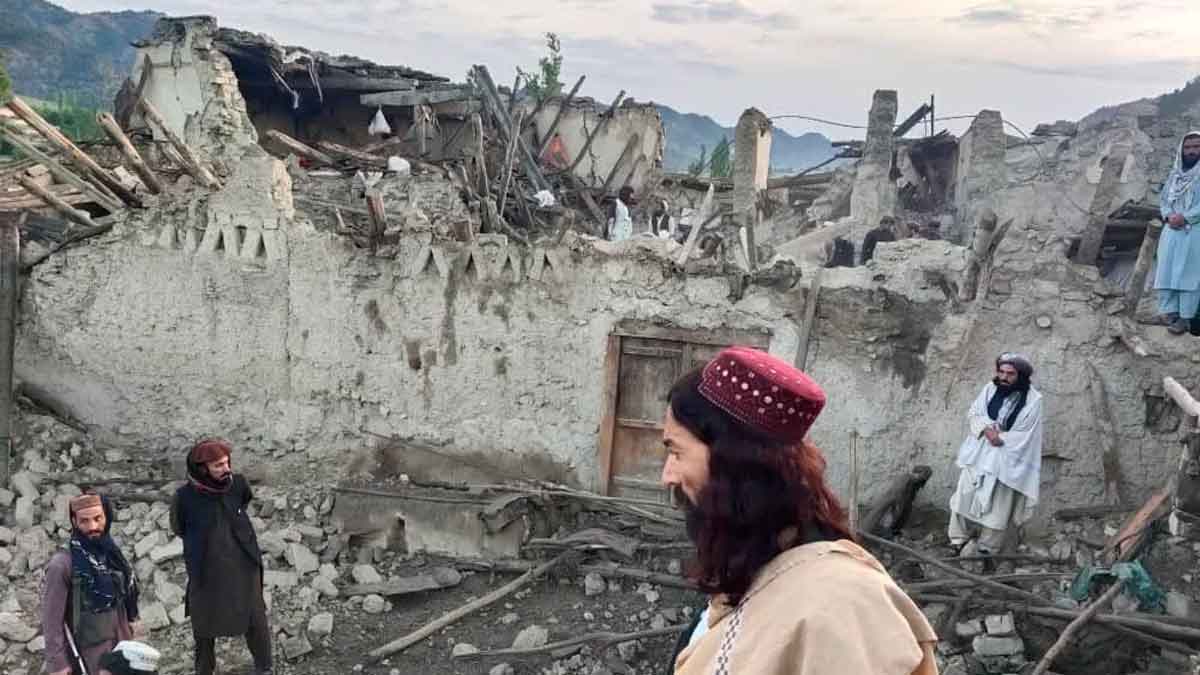 The death toll from a devastating earthquake in Afghanistan continued to climb days after it turned brick and stone homes into rubble, killing 1,150 people and wounding scores more, according to the latest figures carried in state media on Friday.

The country of 38 million people was already in the midst of a spiraling economic crisis that had plunged millions deep into poverty with over a million children at risk of severe malnutrition.

The magnitude 6 quake has left thousands without shelter. State media reported that close to 3,000 homes were destroyed or badly damaged in Wednesday’s earthquake.

Nearly 610 people were injured, and the death toll is expected to grow when information from isolated mountain settlements is received.

The earthquake happened roughly 44 kilometres from Khost, near the Afghanistan Pakistani border, according to the US Geological Survey (USGC).

Photographs in Afghan media showed houses in ruins and victims wrapped in blankets laying on the ground.

“The number is growing. People are burying one after the other “In a message to media, Mohammad Amin Huzaifa, head of the Information and Culture Department in Paktika, said.

According to Salahuddin Ayubi, an interior ministry official, helicopters were used in the rescue effort to assist the injured and fly in medical supplies and food.

“The death toll is sure to grow because several of the settlements are in isolated mountain areas, and gathering details will take time.”

The quake on Wednesday was the deadliest since 2002. It struck roughly 44 kilometres (27 miles) southeast of Khost, near the Pakistani border, according to the US Geological Survey (USGC).

In a statement, Haibatullah Akhundzada, the reigning Taliban’s top leader, expressed his grief.

A rescue mission might be a huge test for the Taliban, who seized control the country in August and have been blocked out from much Western aid due to sanctions.

The earthquake was felt in Pakistan, Afghanistan, and India, according to the EMSC.

Recent floods in numerous regions has exacerbated the burden for Afghan authorities, with the disaster agency reporting 11 deaths, 50 injuries, and highway closures.

The calamity comes as Afghanistan is dealing with a severe economic crisis since the Taliban took charge, following the withdrawal of US-led international forces after two decades of war.

Many countries placed sanctions on Afghanistan’s banking system and cut billions of dollars in official development assistance in responding to the Taliban takeover.

Humanitarian aid, on the other hand, has been maintained by international organizations such as the United Nations.

According to the United Nations Office for the Coordination of Humanitarian Affairs (UNOCHA), Afghanistan has asked humanitarian organizations to assist with rescue efforts, and teams have been dispatched to the earthquake-ravaged area.

According to the Khyber Pakhtunkhwa Disaster Management Authority, a resident of Lakki Marwat was killed in the earthquake when the roof of his bedroom collapsed.