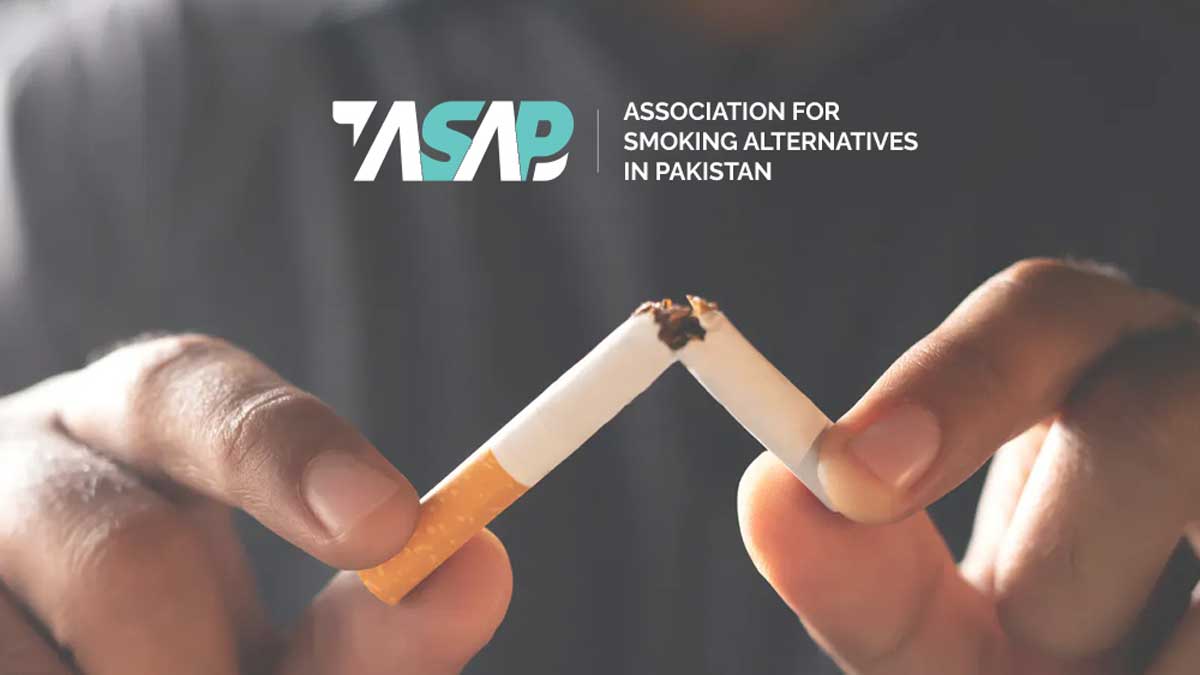 The Association for Smoking Alternatives Pakistan (ASAP) launched a campaign to convince one million Pakistanis to quit smoking.

There are more than 1 billion smokers in the world out of which 80 percent come from poor or developing countries that are highly threatening. In Pakistan, there more than 15 million people who regularly smoke. Pakistan is among the top 15 countries of the world which are badly affected by the habit of smoking.

It is the need of the hour to make the awareness at a wider level of the hazards of smoking. In the UK, a movement starts every year in the month of October against smoking. This movement proves very fruitful, and many people quit smoking and start leading healthy lives there. Association for smoking Alternatives Pakistan has come ahead this year with a big slogan.

The Association had planned to help about 10 lac Pakistanis in quitting smoking during the month of November. At present, about 25% of Pakistanis make quit attempts as compared to the other countries in which about 40% to 50% of smokers make the effort of quitting smoking every year. The success rate in Pakistan is only about 3%.

Surprisingly, about all smokers are very well aware of the hazards of smoking but they do continue till the time, they get themselves the victim of lethal diseases such as heart issues, cancer, etc.

In this regard, Abeer Mirza, the Chairman and founder of the Association for Smoking Alternatives Pakistan said that it should be an effective role of his organization and other concerned regulatory authorities in making the strong awareness among the people regarding the lethal effects of smoking in the country.

He added that the Association for smoking Alternatives Pakistan stands with the government with policies of Tobacco Control in the country however, these policies could not be effective as the data shows that the number of smokers is increasing every year.

ASAP provides alternative means to smokers which are scientifically proven to be non-hazardous. The association is determined that the month of November would be the month in which about 10 lac people will start leading healthy lives again in Pakistan.