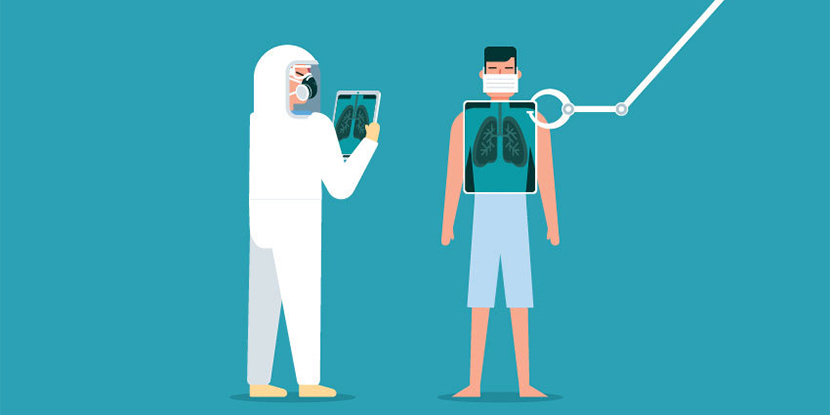 Lung diseases are the second most common reason for deaths. Every year millions of people die of lung cancer. There are many types and causes of respiratory illnesses in Pakistan.

Covid-19 is the on-going pandemic that is also affecting the lungs of patients and thousands died due to shortness of breath due to severe acute respiratory syndrome.

384 million people suffer from the chronic obstructive pulmonary disease (COPD) and 3 million dies from it each year, making it the third leading cause of death worldwide. Thousands of Pakistanis die annually because of chronic obstructive pulmonary disease. Making it the most common infectious disease, 10 million people develop tuberculosis worldwide. Asthma is a childhood disease that has reached the sufferance of 334 million people which means it affects 24 percent of children annually around the world.

Being an under-developed country, Pakistan has hundreds of diseases and lung cancer is one of them. 10 percent of the population of Pakistan is suffering from asthma and 5 percent above the age of 4 are suffering from COPD (chronic obstructive pulmonary disease).

Smoking is the major cause of different lung diseases in Pakistan. Every other person, old or even teenagers are smoking these days. The reasons behind excessive smoking are the cheap prices of cigarettes, easy availability everywhere in shops, mental stress and lack of awareness. It has become so common that it has taken the place of trend or fashion. Many teenagers smoke to look cool and many others smoke because they think it is an anti-depressant.

Smoking with cigarettes, cigars, pipes, hookah and sheesha has destroyed many lives by causing lung diseases but still, no one is ready to let go of the habit. The addiction is present in all the classes of society. A cigarette is so cheap that even the least poor person can afford it. Some people have considered it a medicine, some have made it a fashion and some think it is a habit that cannot be left. But ultimately, the results are the same i.e. lung diseases or lung cancer.

Other respiratory diseases are caused due to air pollution. Pollution in Pakistan is playing great havoc with human health. Air pollution is so wide-spread that there is no way out of it. Industrial polluted smoke, smoking emitting from vehicles are the major pollution contributors.

These things are increasing air pollution to a large extent. People are inhaling e contaminated air and developing lung diseases. These diseases are becoming severe and causing cancer. There are many reasons besides the consumption of tobacco smoke or air pollution like Radon which is a colorless, odorless gas and is a recognized cause of lung cancer. Most radon exposure occurs inside homes, schools, and workplaces.

The big reason for the prevalence of lung diseases is the negligence of higher authorities who do not take any steps to do country-wide awareness of the negative impact of smoking on the human life and take steps to counter the ever-increasing air pollution. Unfortunately, the treatment of every disease in Pakistan is expensive and not everyone can afford. Additionally, the healthcare system of the country is also in bad shape and people are not given appropriate medical treatment.