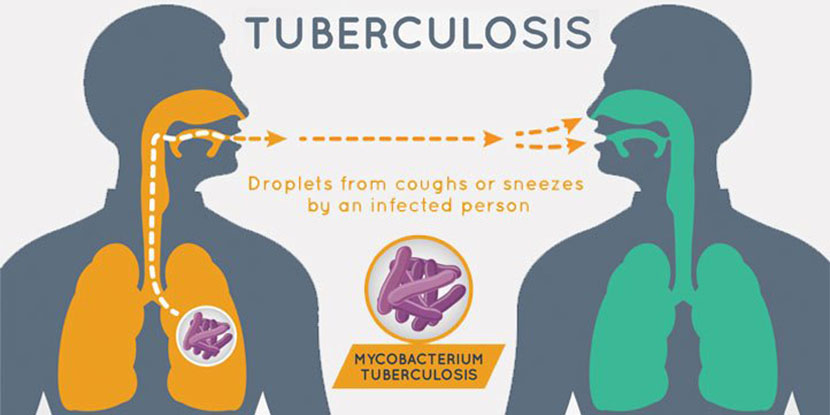 Tuberculosis is an infectious disease that usually attacks the lungs, although it can affect any organ in the body. Many types of different bacteria are spread through droplets in the air. Sometimes TB is curable but most of the time, it is fatal.

TB has become the largest infectious disease that kills around 1.5 million people each year and approximately 10 million people develop TB disease each year. According to WHO, in Pakistan, around 50,000 new cases are added each year to the existing pool of total undertreatment 550,000 cases. Around 15,000 cases are drug-resistant and total death number is 35,000 annually.

Pakistan is among the five most affected countries with TB, following India, China, Indonesia, and the Philippines. The main reasons for the high prevalence of TB in Pakistan are poverty, overcrowding, and malnutrition.

This disease is caused by bacteria. Mostly, it is infectious and transfers to another person when the infectee coughs, laughs or sneezes. This is how it transfers. Tuberculosis does not occur easily but once it develops, it becomes difficult to cure. It becomes even more fatal when it become drug-resistant.

There are more chances to develop TB if this disease is already contracted by some family members as it transfers from the people where a person stays. It is spread in a family member, close friends or people live around. The people who live in crowded areas tend to develop TB more quickly which lasts for a long period. Most of the time, symptoms are not clear of a person suffering from TB but unknowingly, other people get infectious.

The strong immune system is able to destroy the bacteria that cause TB. Some TB bacteria do not harm for weeks, months or even years who is a healthy person. It remains dormant but this asymptomatic person can transfer it to other people. Moreover, if someone is treated with cancer through chemotherapy, it also increases the chances of developing tuberculosis.

Poor lifestyle, on the other hand, has also chances of developing this disease. Using excessive drugs or alcohol produces the bacteria and infection takes place. Usage of tobacco or too much smoking gives the ultimate result of TB. People do not understand the harms of excessive smoking that cause extreme coughing and finally, it becomes tuberculosis.

Inhaling in a polluted environment is harmful to health and it can also transfer the disease-causing bacteria. Therefore this disease is prevalent in overcrowded and polluted areas. This bacteria enters the body through inhaling and tuberculosis bacteria directly affect the lungs or sometimes some other organs.

Millions of people die of tuberculosis in Pakistan every year. No strict action has been taken yet nor awareness is spread among people.