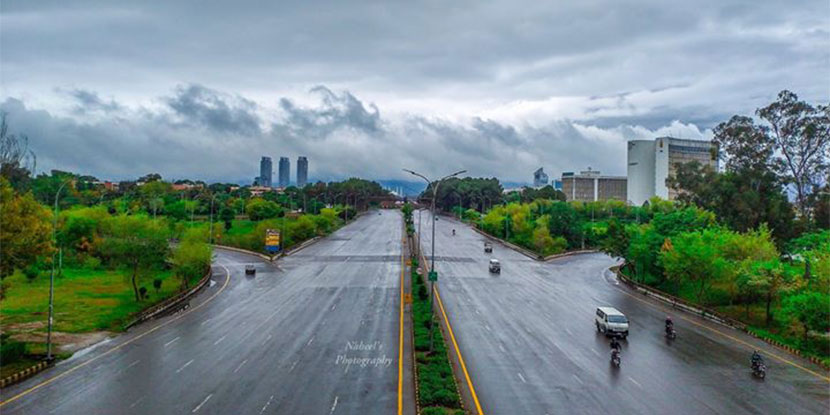 Coronavirus pandemic is spreading disaster and till now, 3,894,917 cases have diagnosed and 269,274 have died worldwide, but like every calamity brings some positive changes, this pandemic has also done some good to talk about.

This disease has reduced the pollution level to 50 percent. The sky is now clearer like never before and the climate is warmer with more rainfalls even in the middle of summer. This disease has taken the world into the 19th century when the air was clean, nature was greener and air pollution was nonexistent.

This is highly surprising that within the last 2 months, 70 percent of the death rate has decreased. This has happened because deaths due to heart attacks, cancer, road accidents, respiratory problems, fits, enzyme, diabetes, influenza, and suicides, have several reasons behind them, and those reasons these days are nowhere to be seen. More than 70 million people died in the 2019 world over due to the mentioned reasons.

One and a half lac people die daily worldwide but this disease has reduced this number to a greater extent. The 3 main reasons below represent the positive sides of coronavirus which has led to a significant reduction of the death rate.

Behind all deaths due to diseases and suicides, pollution has been the major reason. The smoke produced by vehicles, factories, deforestation, and rush created by the movement of more than 7 billion people worldwide increases pollution rapidly. This pollution contains harmful substances that enter the human body via breathing.

Pollution is of two types. One that stays under clouds and which is inhaled by people when they are in the open air. Due to rain and fresh air, it reduces whereas, there is another type of pollution that remains above the level of clouds. This pollution spreads due to airplanes that produce a heavy amount of smoke in the air.

According to a survey, 300,000 airplanes fly on a daily basis and the number reduced to zero because of the pandemic. This pollution is so dense that rain and even hurricane could not demolish it. But now, the present pandemic has stopped the air traffic and road traffic. In this way, air pollution decreased and the human body is inhaling fresh air these days.

We are used to eating more than our body’s requirements. This high consumption of food for years has given us an unhealthy body and an unhealthy immune system which is the second major reason behind so many deaths.

The rat race is an endless and pointless competitive struggle for wealth and power loaded with envy or jealousy. Specialists consider the stressful race to compete with years others leads to death. According to a survey, most of the deaths occur on Sunday night due to the fact that people think of Monday’s workload and the stressful routine. The rat race is the third major reason behind deaths because people were fiercely competing with other days and nights. But, after the spread of the virus, every participant of this race stopped.

Hence, due to the coronavirus, all these three major reasons are drastically reduced which are the positive sides of the coronavirus outbreak. The human body is inhaling fresh air, no one is consuming extra food or junk food from restaurants, and no one has to envy anyone because everyone is at home.