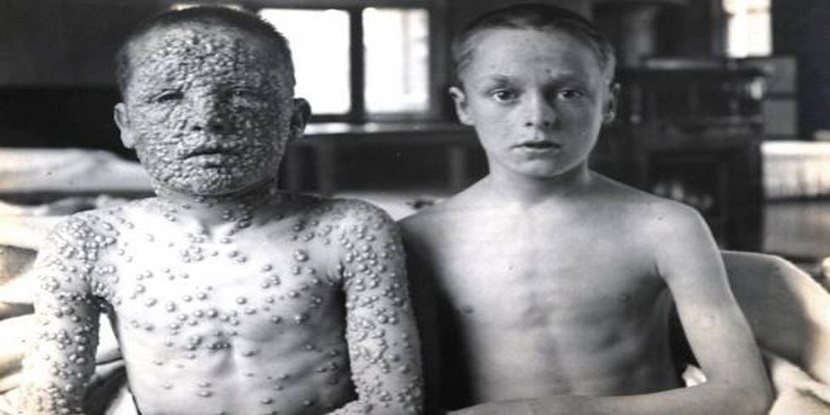 Smallpox was an infectious disease caused by the two variants of the virus, namely Variola major and Variola minor. It was capable of spreading from one person to another. Smallpox was proven fatal for about every third person in ten patients.

The people who survived this disease have remained with permanent scars on their bodies. It had no known origin, but it spread over all the globe through trade and travel.

This disease had several stages as it tends to increase. Every stage showed its own salient features. The first stage included the time period of no visible symptoms. In this stage, the virus resided the body without causing any harm. This stage was known as the Incubation period. This usually lasted seven to nineteen days.

The early rash phase started as the rashes started to appear as red spots on the tongue and mouth. These spots tend to spread the virus into the whole body through mouth accompanied by fever. After these spots break and burst into the mouth, these spots start appearing on the whole body.

Gradually the spots started filling with an opaque fluid forming a dent in the center. The skin sores were changed into bumps. This stage was considered highly contagious. As the days passed, the sores changed into the pustules which were solid and firm to touch and appeared like pus under the skin.

The pustules then transformed into the scabs that then fallen off in the next stage, leaving a mark behind on the skin. Till here, the disease was observed as contagious. In the last stage of being non-contagious, all the scabs left the body.

The infection is spread through direct and indirect contact with sick people. It was also capable of advancing through the airborne medium. The survey shows that the disease escalated through the infected fluid of an infected person. Direct contact through physical means, the droplets from their nose and mouth as a result of sneezing or coughing.

The scabs or pustules which were filled with fluids contained a variola virus that contaminated not only the patient’s body but also the objects held by the infected person. When a healthy person touched the contaminated belongings of the ill person, the chances of being infected increased. Scientists researched that smallpox tended to be spread through the air medium only.

The only prevention to avoid the disease was to get vaccinated, but when the smallpox outbreak occurred, there was no vaccine to get cured that resulted in an extensive death toll rate. The naturally occurring case was reported back in 1977. After which no other case has been turned up till now.