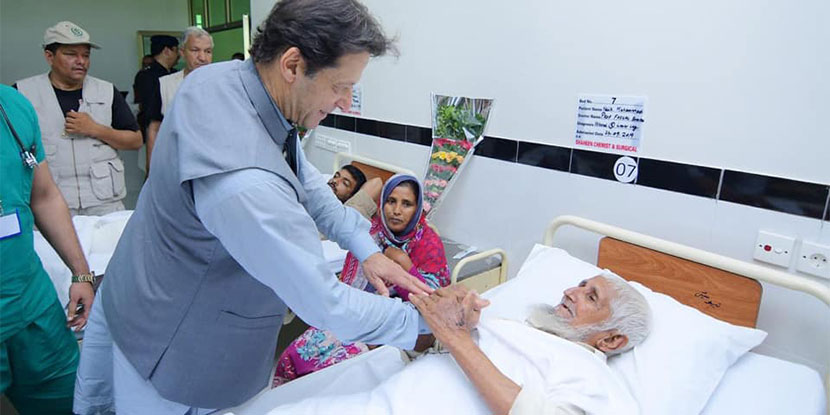 In Pakistan, the GDP is the lowest in the region. Around 25% of the masses are living below the poverty line. People are deprived of the basic necessities of life. Hardly a democratically elected was able to complete its term in the 70 years of independence. Due to which no long-lasting political stability ensued and therefore no sustainable economic growth happened to alleviate people out of poverty, make healthcare better and make the country truly prosperous.

In Pakistan, the discussion is still on regarding whether there should be a parliamentary system or a presidential one and no one is certain whether martial law will ever happen again or not. A limited group is trying to implement the discontinued khilafat system in the country.

In the same way, about the economic system, the discussion is also on. To a big segment of the people, the capitalistic system is the solution to all our problems. To another group, the socialist system of economy is the right direction to move in.

Religious fanatism is a whole issue altogether and religious minded people are of the view that the Sharia system must be implemented and the Islamic financial system is the only solution for the resolution of the problems of people of Pakistan.

The above-mentioned talk to decide the country’s fate is continuing and as a result, the people’s life is becoming more and more difficult. The election process takes place to elect the candidates for the local governments, for the Provincial assemblies and for the National assembly. People are asked to cast the vote and elect their candidates.

Due to the “blessings” of the system, the direction of which could not be decided so far, people end up sending the same old leaders again but under the flag of the new political part. The big money owners, retired bureaucrats, retired generals, and business tycoons have their expertise in hijacking the system and keeping the system at their mercy.

As a result, the leaders in the elected houses do speak loudly on the prevalent issues the country faces yet no steps are taken to actually resolve any.

With economic and political instability and corrupt practices, the two main sectors effected are health and education. The healthcare department especially is the most neglected sector in Pakistan.

Fatal diseases like cancer, sugar, kidney failure, and tuberculosis, etc. are spiking every year at a dangerous pace. The death rate, especially in children and women, is increasing.

The condition of government hospitals is worsening day by day. Private hospitals are charging exorbitant fees for each treatment and test which are beyond the approach of the middle or poor class.

Substandard medicines are available in the drug stores. In nutshell, the people of Pakistan are at the mercy of those whose objective of lives is to earn money, keeping aside the humanity and interests of the country.

This is the most important duty of our elected leaders to look into the healthcare issues of the masses which are aggravating day by day and take steps to make healthcare better. People expect from their leaders that they would resolve the issues, being faced by the majority of the population.

Concerned departments like drug regulatory authorities need to act effectively in curtailing substandard and fake medicines and penalize the culprits. Public hospitals need to be overhauled and the provision of basic healthcare facilities must be ensured. This is the only way to start making the lives of the average Pakistani better.