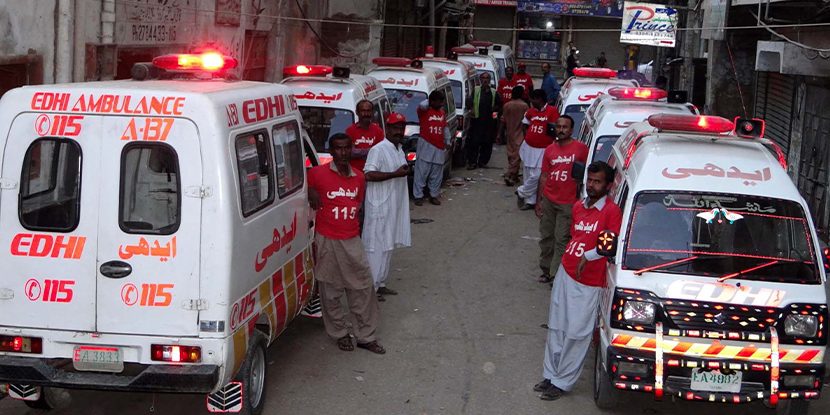 Every year, thousands of people die inside ambulances of private hospitals due to the lack of emergency medical services and advanced medical equipment. The ill-equipped ambulances are sent to patients and severe patients die on the way due to the poor state of hospital transportation and yet no one is talking about this issue.

Almost every reputed public or private hospital has the services of transportation for emergency cases. Unfortunately, these services are not provided to patients rather negligence of the system keeps on ignoring the patients’ needs and it kills many people daily. Moreover, the lack of proper facilities in ambulance vans or carries regarding any emergency case is also a big issue.

The country is known for the shortages of medical facilities and negligence of healthcare centers and the negligence of poor transportation is also among the major problems. Many cases of deaths can be observed throughout the country that happened due to the lack of proper facilities for the emergency patient. Sometimes, the patient survives but he gets some permanent physical loss.

In an interview with the son of a patient, who was very much disgruntled regarding the poor services of an ambulance. He said that he was in Islamabad when his mother in Karachi slipped from stairs and got a fracture in knees and legs. It was quite painful for the aged lady. He further said, my brother, called for the ambulance in a hospital and the transportation staff said to wait for half an hour as no vehicle was available. Then after half an hour, he called again and still no answer was given. After much wait, he called Edhi welfare center for the emergency ambulance and it arrived in just a few minutes.

In simple words, this is the standard of the health department that the common man’s health is not even considered. A few days before, a child got an electric shock died in an ambulance due to no oxygen in the ambulance cylinder kit. According to doctors, the child could have survived if only he was given oxygen timely. This is the ultimate negligence of hospitals and patients suffer badly due to lack of facilities inside the ambulance.

This is the medical transportation service of the country. Non-profit welfare organizations like Chhipa, Cheema, and Edhi are the last hope of the people and fortunately, their services including other welfare services are quite efficient in taking care of patients in an emergency. People prefer them instead of a hospital’s own transportation service because they lack advanced medical equipment which is needed by a patient in an emergency.

Ambulances must have trained doctors and proper lifesaving equipment. The majority of doctors are unaware of the lifesaving techniques that are essential to become a skillful doctor. All ambulances should be replaced with advanced swift vehicles and equipped with essential emergency equipment like a ventilator, oxygen cylinder, blood pressure gauges, stethoscopes, thermometers, medical tapes, flashlights, and blanket, etc.