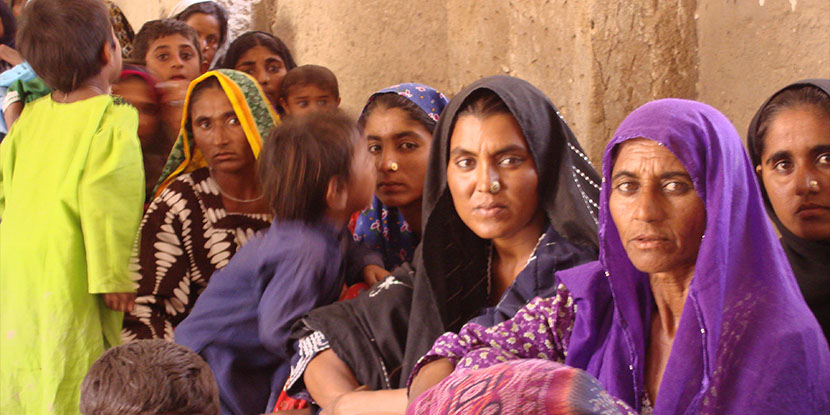 Pakistani women whether housewives or in professional life are oppressed and they live with constant pressure and stress, which may lead to their poor mental health.

Women oppression is nothing new in our patriarchal society but with awareness and education, society is now talking about it. The issue is even more in rural areas where women are confined to home all their lives even if they are highly educated. Domestic violence is common all over the country. Women are not allowed to go out and try to have a professional life.

The restrictions and oppression of all the years leads to their poor mental and physical health. They get emotionally distressed and become irritated with the whole state of affairs. They are in no mood to allow their male counterpart to make decisions for them. They want independence even if it costs them their mental wellbeing. Such women are given too much mental torture all the years that they forget their own rights that religion gives them.

In the diverse cultures of the country, different areas have different beliefs, practices, and values. According to some of the cultures, their autonomy is undermined. They are ignored and become the target of gender-based violence. Their marriage practice is the biggest issue and a great disadvantage from them because dowry is taken as the fundamental part of their marriage without which women do not get married. After marriage women are limited to homework and childbirth. They become the target of violence by husband, mother-in-law or others.

In rural areas, they are looked down upon and they are limited to just child upbringings. Another unfortunate practice done in villages is that women are not given their due share in the inheritance that is mandated by the religion. They are mentally so suppressed all their life that they do not want to strive for their rights and live life the way it is. In tribal areas, many practices of dark ages are still continued. Women are killed in the name of honor and then there are controversial practices like karo-kari in the Sindh region. According to the survey, the women of such areas are treated disrespectfully and cruelly by their husbands, father or other relatives.

Then Watta-Satta is another big issue enrooted in some of the social cultures. Thousands are given divorce due to this regressive watta-satta system. Cases of domestic violence, homicide or stove-burn are commonly reported by media. They are pushed to such extent that some women commit suicide and this becomes an opportunity for the man to marry again. All these mentioned things lead to extreme pressure and stress on women’s mental health. Poor health due to many childbirths and depression due to domestic pressure, lead to serious physical and mental health problems.

Violence against women is one of the common things in Pakistan. According to a study, 50 percent of women in Pakistan are physically battered. Domestic violence and the constant victim of gender inequality is the root cause of consistent mental stress in women.

Due to all these terrible conditions for women in Pakistan, women lose their adolescent years to mental stress, anxiety, depression, and other mental disorders and adopt physical issues too.

Now the question arises that if mothers nourish the child then what type of fostering would the child get if the mother is already mentally depressed? Pakistan needs to criminalize domestic violence and marital rape. Strict action must be taken against women’s violence. Women must be given their due property rights and their right to take their own life decisions so that they can seek education and make the future of Pakistan secure by properly fostering children.