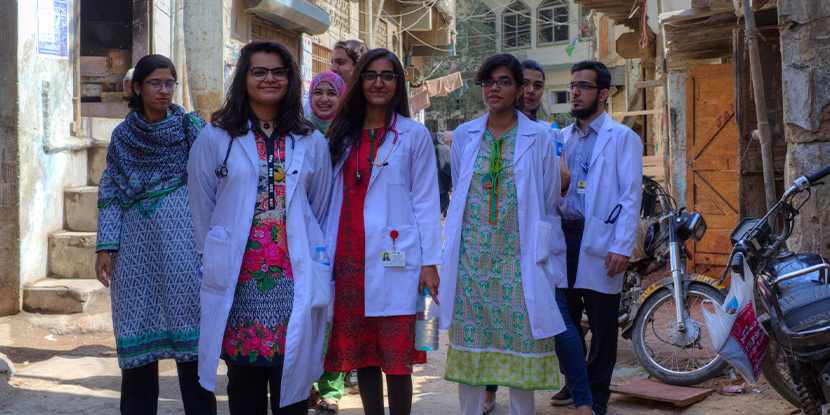 Pakistan has a shortage of doctors especially specialists. Every year many students pass out from medical colleges but very few of them are seen doing practice in hospitals. According to a survey, 40 percent of medical students either quit or go abroad to practice and pursue their careers. The majority of the students who quit after graduating are females.

Every year, many students apply for medical college admission and less than half of the percentage are males. The irony of the matter is that those majority of zealous female students after successfully accomplishing their degree and after becoming doctors they sit home and do not have anything to do with their education. A few years before, discussions were tarted that the ratio of male and female medical students should be 50:50 but objections were raised by women and civil society that it was based on gender discrimination.

It was observed that the female student’s urge is to become a doctor not to serve humanity but to find a suitable rishta to get settled. Most of the females quit just after their graduation and become housewives. This is another big reason for the shortage of doctors.

There is still some regressive reasoning behind the tendency of female students choosing the medical career because their families do not allow them to opt for any other career. Boys have many other options like business administration, engineering, civil services, armed forces, and communication, etc. Such a profession has the majority of boys in them. On the other hand, the competitive environment of the medical field should also be acknowledged. Only five years of education is not enough rather specialization has become a mandatory part to become a well-reputed doctor. Five years of MBBS medical graduates are seen serving in small clinics with a paycheck of only 20,000 to 30,000 per month.

If female students start doing specialization before marriage then it would take them around 5-7 years, which is a long period. This causes the clash between those female graduates and the society that bounds them to get married as soon as possible, after her five years of medical education.

Pakistani society has specified the boundaries for males and females. Men can choose whichever field they find suitable for themselves but women are stereotyped and they are allowed to go into some dedicated professions, sadly, not to serve but to get married to a suitable person.

To have a progressive country where women are free to choose whatever profession they want and they are allowed to serve, as their counterparts are allowed to, there is an utmost need for more female specialized doctors serving and more females in medical colleges.