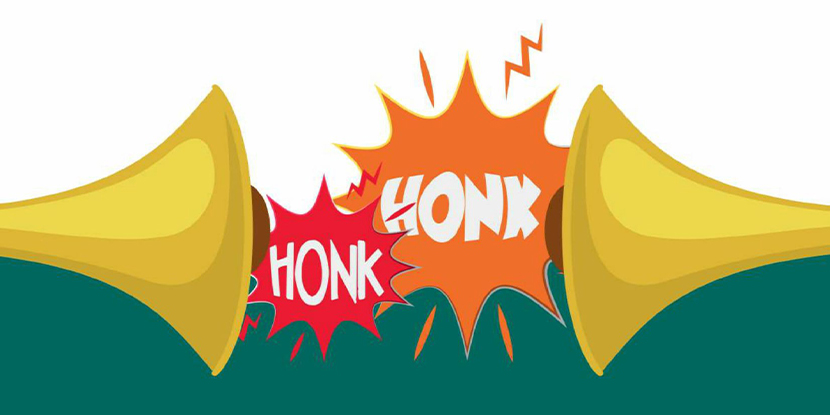 Unlike other developed countries, Pakistan is among the worst hit by noise pollution. Increasing noise pollution is responsible for so many problems and people are getting badly affected by the nuisance.

Any form of sound that is unpleasant to ears and has the potential to disturb the normal situation is called noise pollution. The damage noise causes to the environment is not the only issue but rather how badly it affects human health and its highly negative impacts on human mental as well as physical health are the most concerning issues. The poor mental health caused by noise pollution includes aggression, temperament issues, anger, frustration, hypertension, stress, sleep disorders, and hearing issues.

The things responsible for its occurrence are not being stopped in fact they are on the rise, and if the issue is not countered, there is a high possibility that more than half of the population will lose their normal hearing capacity. An increasing number of vehicles, constructional work, rising growth of factories, loudspeakers use on every other occasion in different areas are some of the major causes of noise pollution.

Karachi is the biggest city and the commercial hub of the country, where more jobs are available than other cities in the country. That is why most people prefer to migrate to Karachi by leaving their cities. The increasing rate of population and due to commercial activities, noise pollution is the highest in the city. Factories are increasing there and vehicles are becoming more and more in number. Almost half of the population or very little less than half of the country’s population possess a vehicle. All these issues are behind the reasons that people in big cities are more aggressive and remain angry than the people living in towns and villages.

Human being always needs a smooth and pleasant environment to work. When people travel from one place to another for a job or work, they face severe noise pollution during traveling. Daily exposing oneself to rush and honking vehicles will ultimately lead to mental damage. People have made themselves robots in work but no mental relief is there for them. They keep on working to strive for a better life but mental health is ignored.

Increasing noise pollution has massive effects on human health that should be tackled and some emergency steps must be taken. Residential areas, schools and, hospitals, etc must be pushed far away from commercial activities of the city areas. Noise-making old vehicles must be reduced and replaced with new automobiles. More trees through plantation drive must be planted in all the different cities of the country.