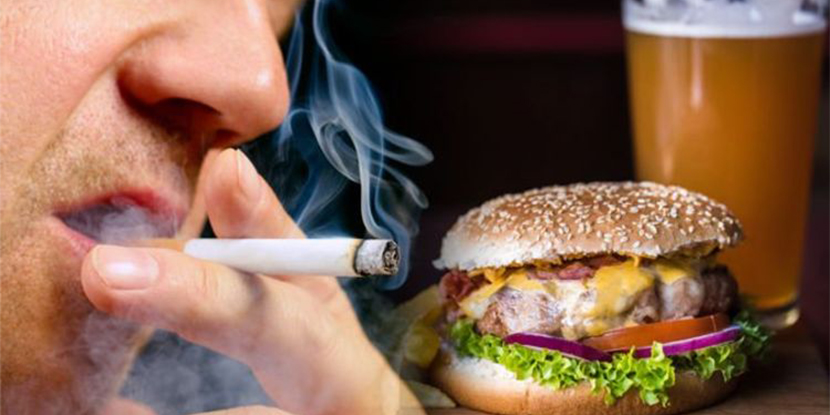 Health is the most neglected department in Pakistan and the people’s poor lifestyle in this modern age is also impacting it, mainly due to the increasing health problems. Poor lifestyle is not limited to poor people living, in fact, middle class and upper class are the ones who are leading an increasingly poor lifestyle more because of their wrong choices of food and unhealthy busy routine.

Poverty is decreasing due to many poverty alleviation programs of the program but still, 24 % of the population lives below the poverty line. Due to poverty people’s spending capability is less and with the increasing cost of living every year, the poor are having a hard time managing life. But besides all this, poor lifestyle is the major cause of increasing the diseases in the country. Thousands and millions of people die due to some disease annually.

Poor lifestyle choices like smoking, consumption of alcohol, little physical activities are the key reasons for many chronic diseases. Today’s poor lifestyle is causing diabetes, diabetes 2 Mellitus, hypertension, several types of cancers and, cardiovascular diseases. Doctors encourage healthful behavior to prevent wrong food choices and lazy lifestyle. Some of the patients understand the reasons behind a healthy lifestyle but they do not follow these ways and develop diseases due to lack of maintenance of a healthy lifestyle. Many people need to apply behavioral skills through good habits but they lack healthy lifestyles.

The wrong lifestyle has a negative impact on poor health. People have started consuming junk food in all the meals of the day, which has led to the extent that obesity has increased to an alarming level. Fast food does not only obese but it contains unhealthy carbohydrates or proteins and ultimately leads to many diseases. Cold drinks or chemical mixed juices are the other reasons for diseases. No feast no party is complete without cold beverages that contain highly toxic chemicals that destroy health.

Moreover, smoking is the most common thing in Pakistan and every year millions of people die due to diseases spread from smoking. The number of smokers is increasing to an alarming level. Males and females both are indulging in smoking. Even children from a very small age start smoking by observing their parents and surrounding people.

Then comes the issue of physical inactivity which is the epitome of modern living. People these days have made themselves habitual of doing work all the time and they have no free time to even do the simple physical activity of walking for a few minutes.